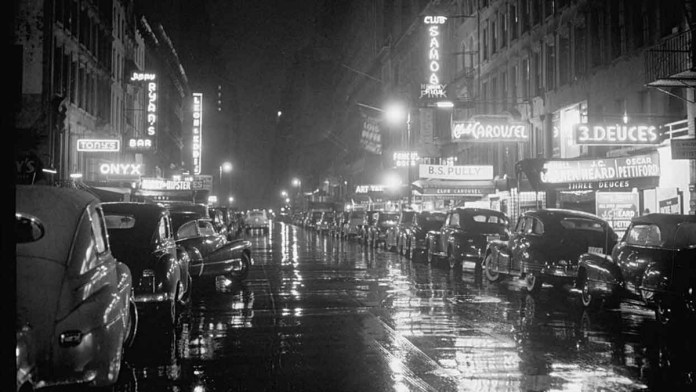 by Dylan Burns
We are constantly barraged by visual culture and aesthetic appeal. Evenwithout massive, eye-catching physical advertisements and the innate beauty of thenatural world, we are nearly always fed some sort of visual stimulus. Our stylisticallyappealing and extremely engaging cell phones are mostly to blame for this. However,this concept originated with television sets. Since their invention TVs have almostalways centered on capturing the attention of viewers through entertaining. The ideaof engaging viewers was later applied to cell phones by introducing touchscreensmartphones. Smartphones allowed us, the consumers and viewers, to also participatein the content creation providing us the ability, and nearly begging us, to engage invisual culture creation and consumption.And it works. Maybe I speak for myself, but countless times I’ve been in a classor a lecture studiously attempting to record notes, when out of the corner of my eye Isee a brightly lit display of colors and shapes and words, oh my! And just like that I’vebeen staring at somebody else’s computer or phone screen for the last 10 minutes,instead of paying attention. Screens work specifically because of their aesthetic appeal,and this bait is employed across and within a multitude of visual media.With the screen’s power to captivate comes the ability to express. Any visualmedium, and film in particular, has the ability to share a certain perspective and relay aset of emotions to an audience through visual elements. In film terms these elementsinclude not just cinematography, but mise-en-scene, set design, color, and lighting. Allof these elements combine for an expressive visual work that is almost always tryingto invoke or relay a certain feeling. Often, film is attempting to present a commentary, aperspective on the current state of society. If we can understand the way media, andspecifically film, chooses to employ creative visual approaches, we can begin tounderstand how societal attitudes are relayed through visual culture.And this becomes the heart of this piece; the idea that evolving visual styles canguide us along the path of history pinpointing certain cultural attitudes. To move fromthe abstract to the concrete, we can look at the original cycle, and later resurgence, ofAmerican Film Noir. The term “Film Noir” was coined by the French after the censoredperiod of American Films during WWII. Upon seeing an influx of visually and
thematically dark films from the United States, French film critics created the termwhich translates directly to “black” or “dark” films. Common creative visual elementsinclude location shooting, night-for-night shooting, low-key lighting, and a shockingamount of black, empty space on-screen. Many critics contend that this visualdarkness, and thematic bleakness, was employed in response to the heartwarming,comforting image of America during the boom of the wartime economy. Images of thisAmerica were prevalent in society, and Films Noir responded, antagonizing this idyllicimage.The original canon of Films Noir lost their steam around the mid-to-late 1950s.But the genre came roaring back, in a newer, pulpier, and more colorful, in allconnotations of the word, resurgence of the 1970s Neo-noir genre. This version of FilmNoir took advantage of the progress in on-screen censorship with its crass use ofviolence, nudity, and taboos. Neo-noir films were gritty, slimy, and felt like only astone’s throw from the lives of many viewers. The Neo-noir cycle was influenced bythe rise in violence and unrest during the highly televised and highly divisive actions ofthe Women’s Liberation movement and the Vietnam war. Neo-noir films identified andembodied this unrest and spit it back out at viewers who could relate the Noirelements to their own chaotic and contentious world. What better way to relate withviewers than by taking the unrest of the real world and recreating it in the world ofFilm Noir.These two period-specific film cycles give a concentrated sense of how the stateof society or culture is reflected through visual media. The aesthetic of not just film, butmost screen-related media, is almost always based on a combination of past creationand at least some sort of worldly interpretation of the creators. Film Noir, and itsresurgence, has given us an understanding of how at least some people understoodthe world they inhabited. In modern society, with a much more involved and engagedaudience, nearly all of us are creators, cinematographers, directors, and editors. Withan understanding of the impact of visual style in media of the years past, we are forcedto confront the responsibility of expressing and representing our own world throughvisual media. With so many resources, and so many people with the ability to create,how are we telling the story of our modern world? Even in informal use of visualmedia, we are almost always relaying some sort of worldly perspective. Is thisexpression one of uncontrolled, unconscious creation because we have access to
resources, or do our stories unite in a way only decipherable by future societies? Wecertainly will not be able to see the big picture for decades at least, but in themeantime I propose that we all take a breath, and momentarily consider what it is thatwe are expressing as images of our world.