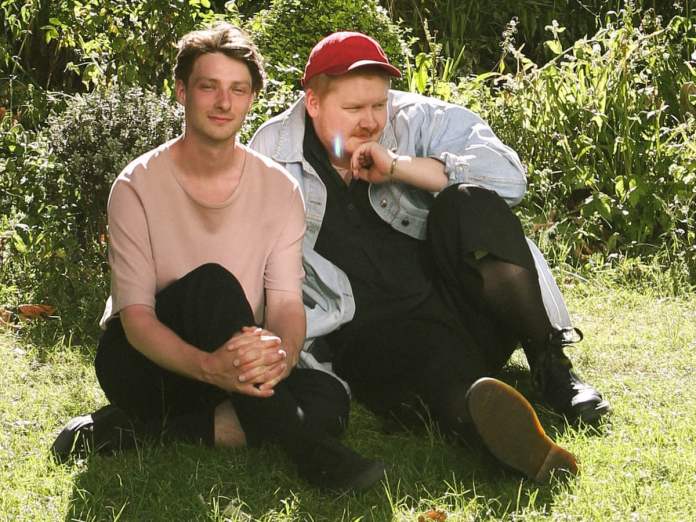 One fateful day at the beginning of the pandemic, locked up in my house, a song, What Once Was by Her’s, played as I was looking for new music. Instantly I was enamored. Within the first few seconds, I could hear a distinct style. The jazzy chords voicing the guitar parts showed a unique chord progression that sounded classy while the drums grounded the song. The beat, the foundation for the music, has a solid kick drum and snare pattern, allowing for a dancehall feel. Sometimes in life, I find there are times when music or even a simple song can bring such unexpected happiness, which this band gifted me.

Her’s were an indie rock band from Liverpool, England. Stephen Fitzpatrick was the lead vocalist/guitarist, and Audun Laading was the bassist/backing vocals. The band used a drum machine, which both members contributed to the programming since they preferred playing their guitar/bass live. The band was pretty new, with a debut full-length LP Invitation to Her’s released in August 2018, following the compilation LP Songs of Her’s released in May 2017. Fitzpatrick had a vocal range that could go from a goofy hi-octave into crooner-esque. Laading was a bassist who brought bright and great energy to the songs. Together the duo had this untouchable fun and warmth in their live performances. This kind of energy can’t be copied or trapped in a bottle, but a semblance of it can be seen in these live performances on Youtube:

The song What Once Was holds a special place in my heart. The piece is tied to who I was and who I hoped to be. COVID meant that instead of starting college, I had to navigate mental health issues. I could not let go of the past and longed for my future life as I listened to this song. I recall how I played it when I was fresh off getting my license. I drove with the top down and had the song blasting to hear it over the wind. The song captures the importance of the present in context with the past and the fragility of life. I felt for the first time in a long time that I was myself again as heard the lyrics, “And now I’m still hanging on, I was at the end of every tether waiting for what once was.”

As my appreciation for their music grew, I was made aware of the sad fact that I would never see them live. The band passed away in a collision on the way to a show in 2019. I wish I could thank them; they have no idea that they are part of why I am here today.  I am eternally grateful for the songs they left. Their dark green vinyl with tulips now sits with my brother’s record player. I hope their spirit can live within their music and people continue to discover their talent. So next time you decide to go on a walk, please, do yourself a favor and put on the song Low Beam.