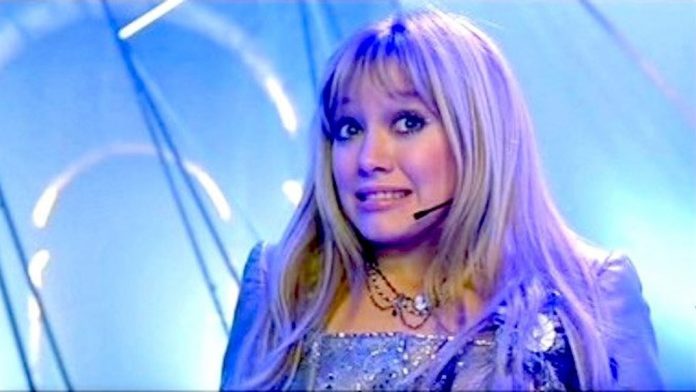 I decided to study abroad in Rome for various reasons– the art, the culture, the food, being just a few. However, when I told my (mostly female) peers about my decision, an overwhelming majority of them seemed to reference the same thing. “Oh, is it because of The Lizzie McGuire Movie?” they asked. I had apparently missed out on the huge cultural event that was The Lizzie McGuire Movie and my peers’ introduction to the Eternal City. It wasn’t until two months into living in Rome that I finally watched it. Instead, my relationship to the city was mostly based on the famous film: Roman Holiday. While William Wyler’s Academy Award-winning film is seen as a classic, The Lizzie McGuire Movie has just a 40% on Rotten Tomatoes. That being said, I’m not so sure that they’re so different as their reputations suggest.

Upon closer inspection, these two films are strangely similar. In Roman Holiday, a princess takes a day off from her royal duties and explores the city with a charming American who knows his way around, but might have ulterior motives. In The Lizzie McGuire Movie, a young girl escapes from her school group to get a tour of the city from a local boy. Oh, and he also happens to be charming, with seemingly ulterior motives. Both films use Rome and its colorful locals and ancient past as a backdrop for the growth of these two young women as they break apart from their stifling lives and ultimately find themselves through their adventures
These similar premises seem innocuous enough and yet, to analyze the endings of these films reveals their ultimately feminist message. In the end of Roman Holiday, Audrey Hepburn’s character of the princess ultimately chooses to go back to her royal duties, with the assumption that she and Gregory Peck’s character will never see each other. Though this ending has broken many a viewer’s heart (mine included), it is refreshing to see a depiction of a woman who does not change her entire life for the sake of a man. She will not throw away her position for a man she has known for one day, no matter how magical of a day it was. Similarly, in The Lizzie McGuire Movie, the climactic scene of the concert reveals that Lizzie must choose between believing in Paolo, the cute Italian boy she has known for only a few days, and the girl she was told by him to hate—Isabella. Ultimately Paolo’s less-than-noble motives are revealed, and Lizzie ends the night with a solo performance, showing that she has gained enough confidence to believe in herself. This ending shows Lizzie drawing her confidence from within herself instead of from a boy.
In my opinion, neither film gets the credit it deserves. Though Roman Holiday is called a classic, people often dismiss it as overly sentimental and unsubstantial. The Lizzie McGuire Movie receives worse criticism, even described as “fluff” in its description on Rotten Tomatoes. In this way, both films certainly do not escape the tendency of movies aimed at female audiences to be cast aside as too emotional and vapid. However, these two films, are particularly important examples of movies with messages that are positive for young girls. Instead of showing happiness as only achievable by ending up with a boy, both Roman Holiday and The Lizzie McGuire Movie give the viewer a fun adventure through the city of Rome, and have their female protagonist draw strength from her friends, family, and, most importantly, herself.