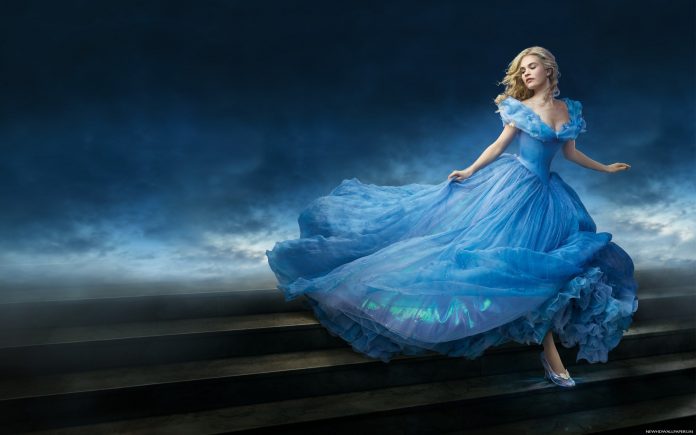 Over the summer, I went with my friends to the movie theater. When the trailers began, I was excited to see what new films were going to come out in the next year. My excitement slowly dwindled with each passing trailer; none of the movies excited me, none of them looked good. I realized that practically every single trailer shown was for a remake of an older film, and the unoriginality made me apathetic, because I had already seen most of  these films in another form. Three of the trailers were Disney live-action remakes, advertising The Legend of Tarzan, Pete’s Dragon, and Beauty and the Beast. All of these films seem unnecessary to me, yet people continue to be intrigued by the ideas of remakes, even if the films aren’t considered classics.

Pete’s Dragon is alarmingly grotesque to me, because it’s a remake of a movie that no one that I have ever met has cared about. I once saw it when I was a kid, and even my seven year-old self thought that the film wasn’t worth much. It’s possible Disney felt that the film needed to be revamped to look more realistic, but I think this new dragon still looks like a cartoon. Other people’s reactions to this revamp have either been apathy or complete disgust, I don’t know who would have interest in this movie, other than young boys, but Disney has always attempted to make content that the entire family would enjoy, not just something to put on your television to keep kids quiet for an hour and a half.

If you think that Disney has made a lot of live-action remakes lately, that’s nothing in comparison to the 10+ films that they’re planning to remake into live-action versions in the coming years. Disney is planning on remaking The Little Mermaid, Mulan, Aladdin, The Sword in the Stone, and others into live-action films. I have trouble with this because I don’t see what needs to be revamped about most of these films. Mulan and Aladdin aren’t even old enough films that people aren’t even nostalgic about them yet, they don’t need any revamping. These are possibly my two favorite Disney films, because the male and female leads are fun, interesting, and strong characters. They also have great songs, and really just do not need technological updates. This is what bothers me about sequels and remakes. If I enjoy a movie, and a crappy sequel or remake comes afterwards, I appreciate the original less, because the sequel demonstrated that the creators of the films don’t actually care if their films are quality, or that the viewers enjoy them, but just that people will pay money to go see them.

Now, I don’t mean to convey that all of these sequels and remakes are just the result of whatever the studio could muster up, some of them, if not most of them, definitely appear to have actual thought and work put into them. Yet many just do not seem to understand what it is that their viewers really want in the movie. This is most obvious to me in the 2015 live action remake of Cinderella, which was first made in 1950. Cinderella adaptations have been made and remade so many times, I couldn’t possibly name them all. In each of these adaptations, the writers all try to improve the protagonist in order to make her a more active player in her own story. The 1950 film portrays Cinderella as passive, that her only characteristics are her kindness, and her beauty; Cinderella remakes often attempt to make their lead stronger in order to take a classic story and make it more progressive.

For example, the film Ever After (1998) was a historical fiction Cinderella story where the protagonist is an intellectual, well-read young woman. The protagonist, Danielle, proves her strength by posing as a noblewoman and buying back a servant friend. This demonstrates that she is clever, as well as moral, that she fights for the rights of those who cannot fight themselves. Because Danielle is a well-rounded character, she and Ever After are still remembered today. In comparison, the Cinderella in Cinderella (2015) is as passive and boring as the 1950 version. She never argues with her stepmother, and when she’s locked away in the attack, she accepts her fate and does nothing. This is a step back for Disney, while they could have taken the time to make Cinderella stand out in some way, whether that be her intellect or her strength, they did neither, making the remake meaningless. Although I find this regressive, many people enjoyed this movie because it was beautifully shot, the colors were vibrant, and the costumes were elegant and magical. I would have to agree, that this movie was beautiful, but it felt otherwise pointless. I would have preferred an original, well thought out story, that was also beautifully shot, rather than an unoriginal, fairly thoughtless remake of a story I’ve heard a thousand times.

Now, after watching the newest Beauty and the Beast trailer, I fear that Disney might be doing the same, in recreating an older classic, and only changing it by using creative special effects. At the same time, it appears that Disney has chosen to change Belle’s character in order to make her an inventor, rather than her father. This will give Belle more character, as well as a better reason for her to feel like an outsider in her own town. I don’t know if this change is enough to get me interested in the film, but I am intrigued that Disney is definitely trying to improve some flaws or plot holes from the original movie. This may not be enough to save it from being an otherwise pointless remake, but it proves that Disney is trying.