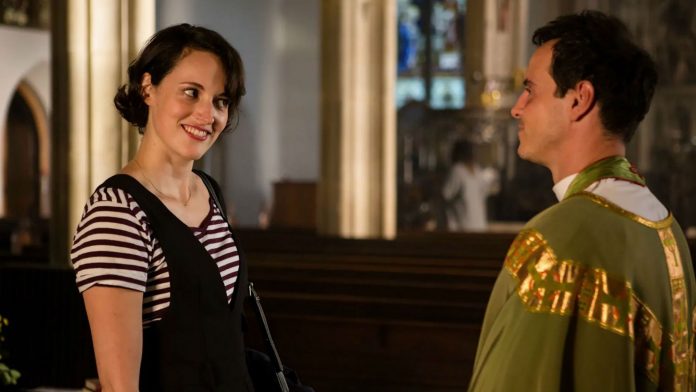 Before the critically acclaimed two-season HBO television show Fleabag graced cable it was an off-Broadway, one-woman play written by and starring, Phoebe Waller-Bridge. The televisual transmutation follows a late-twenties Londoner caught in the throngs of her own masochistic self-destruction. Think a passive aggressive family, a bankrupt guinea pig themed cafe, and a myriad of awkward sexual encounters. The television series has come to be best known for the intimate relationship it creates between the viewer and Waller-Bridge’s titular character, Fleabag, through the show’s frequent breaking of the fourth wall. That being said, Waller-Bridge by no means succumbs to the prevalent shortcomings of the fourth wall to ‘tell’ rather than ‘show,’ a pitfall particularly prevalent within the genre of comedy. Instead, Waller-Bridge revitalizes the device as a powerful mechanism four our protagonist to dissociate from her reality. In the space of the fourth wall, Fleabag can act however she wishes and say whatever licentious, perverted humor strikes her mind, unbeknownst to adjacent characters. Her insights provide the reader with a sort of pseudo-omniscient understanding of the plot, yet we are unsure what exactly her compulsory retorts hide. While Fleabag is a character who is willing to tell you all the ugly details about her life, there is an implicit sense that she is desperately avoiding some incomprehensible wake of suffering, thus creating a fascinating sort of anxious trust between the viewer and Fleabag.

Just as we finally grow accustomed to Fleabag’s inexorable side-eye and her sense of ribald humor in Season 1, the pattern is suddenly shattered by the successive season. At a family dinner in Season 2, Episode 1, Fleabag is fatally matched to her soulmate. Waller-Bridge inflicts the most discerning and merciless of cupid’s arrows upon the beloved anti-hero: a celibate, Catholic priest, or as he is known in the script, “Hot Priest.” After rudely awakening the priest from his early bedtime, the two nestle into a bench just outside the church’s walls and exchange coquettish banter. Eventually Fleabag remarks on the elephant in the room and effortlessly makes an explicit invitation to sex to which Hot Priest replies, “It’s not gonna happen.” Fleabag, comfortably slipping into her break of the fourth wall, decries themselves the fated subjects of fortune- “we’ll last a week.” The Hot Priest says, “What? What was that? Where’d you just go?”

What the fuck. Both the audience and Fleabag are conversely thrust into a shocked state of disarray as our exclusively private relationship is violated by one glaring break. The discontinuity of the malleable fourth wall which accommodates our direct relationship with Fleabag is suddenly too liberal. This prying love interest is apparently endowed with the perceptual ability to discern Fleabag’s dissociative shift in consciousness. Stupefied, Fleabag’s armor of self-composure and playful wit seem to have swiftly fallen from her body. She turns to look at the camera, and remarks, “shit.” Cut to the closing credits: “FLEABAG” placates the screen’s empty black background and haughty choir hymns whisper from the soundbox.

Season 2 continues to play with the camera lens which the audience’s vision is sutured to; at moments, Fleabag continues to take consolation in the audience’s presence. At other times, she feels objectified, watched, followed. Under the scrupulous wisdom of the priest, our relationship with Fleabag is unveiled as harmful. It grows increasingly apparent to all parties involved that our gaze is a penetrating encroachment upon the part of Fleabag’s consciousness where she would otherwise feel emotion. During events of particular duress, Fleabag’s suppressed memories of loss make intercutting grabs for the screen as flashbacks. Our impression grows stronger: Fleabag, although she once needed us to survive her plundering depths of loneliness, isolation, and misery, is in fact beginning to rise above the water’s surface and breath again. Our accessibility into the diegesis was only granted our interpolated role of ‘defense mechanism.’ While Fleabag needed us to survive then, she must move on. It is apparent that Fleabag must ultimately say goodbye to us. In the bittersweet final scene, she fondly waves goodbye to us as she walks down the sidewalk of a cobbled London street. Since her departure, we miss her at times, that riot of anarchy packed into a smear of red lipstick and strapped blue petticoat. 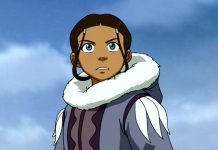 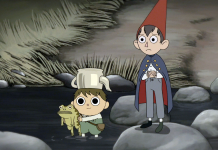 Over the Garden Wall: A Multi-Crowd Pleaser For the Future of Children’s Animation 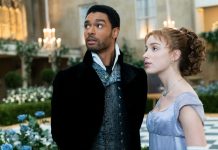