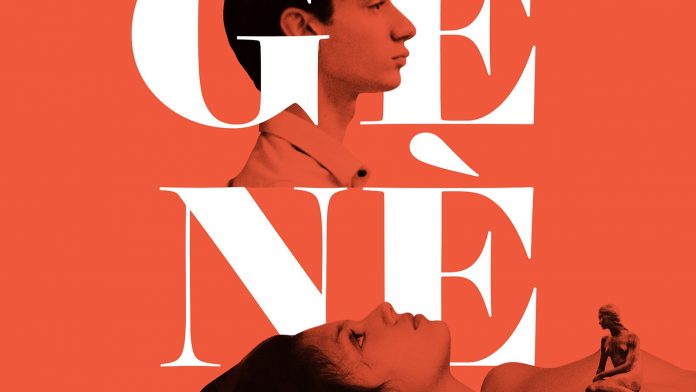 At this very masculine—or at least, that is what everyone in the school wants it to be—all-boy boarding school, teenage Guillaume comes out and confesses his love for his best friend in front of the whole class. As a popular figure who seems to have it all, Guillaume deep down knows that he does not fit in. He chooses not to hide anymore, but will the world repay him with a happily ever after ending? Real-life is hardly a fairy tale. Guillaume’s star status in school cannot save him. His popular image is built upon his witty and outgoing personality. He is a boy who is not afraid to make fun of other classmates and teachers. But, when others learn about his sexuality, all the other things that Guillaume is, are shattered by this fact that he is gay. Guillaume’s story in his school ends when the teacher finds out he shares the bed with a younger boy in the dorm one night. The teacher assumes that Guillaume raped the little boy. Guillaume then gets kicked out of the school.

After her boyfriend told her that he wants an open relationship, Charlotte, Guillaume’s step-sister, spends most of her time drifting in between parties and hooking up with strangers. When her ex-boyfriend asks to get back together with Charlotte, she accepts but still goes to parties often searching for something. Charlotte knows that deep down she wants love, something that is serious but also extremely delicate. Partying and hooking up, she still cannot find something to fill the void. One night, Charlotte is raped by a guy at a party. Thinking that Charlotte just wants to hook up, the guy doesn’t care about feelings but throws his sexual desires onto Charlotte. Knowing that she is playing a dangerous game, Charlotte doesn’t seem to be devastated after the rape. The fact that the guy raped Charlotte is not in any way justified. But the hole in Charlotte’s heart is too big, too heavy, and too painful, that Charlotte treats it like just another night, another party. Charlotte feels everything that love is, but ironically, she also feels numb most of the times in the search of love.

Charlotte goes back home and lies down in bed with Guillaume, who just moved back home from school. They hold onto each other and leave their young love stories to a bitter, but a somewhat hopeful end. The film continues with another seemingly unrelated story about a young boy, Felix, who falls in love with Beatrice in a summer camp. They share a beautiful summer together. When they need to leave after the summer ends, they say goodbye to each other but hold onto their feelings. The film ends with this more innocent, pure love story of Felix and Beatrice. Even though Felix’s story doesn’t seem to be related to Guillaume’s and Charlotte’s stories, the transition implies that deep down there is still the vulnerable desire for pure love in their young hearts. What’s more, at the end of the day, Guillaume and Charlotte still have each other. The film depicts the young hearts tasting love for the first time. It presents the struggles of wanting to be loved, but not knowing what love is. I think many people can relate to the stories, the raw, harsh reality as well as the sweet, hopeful wishes we hold onto when it comes to love.