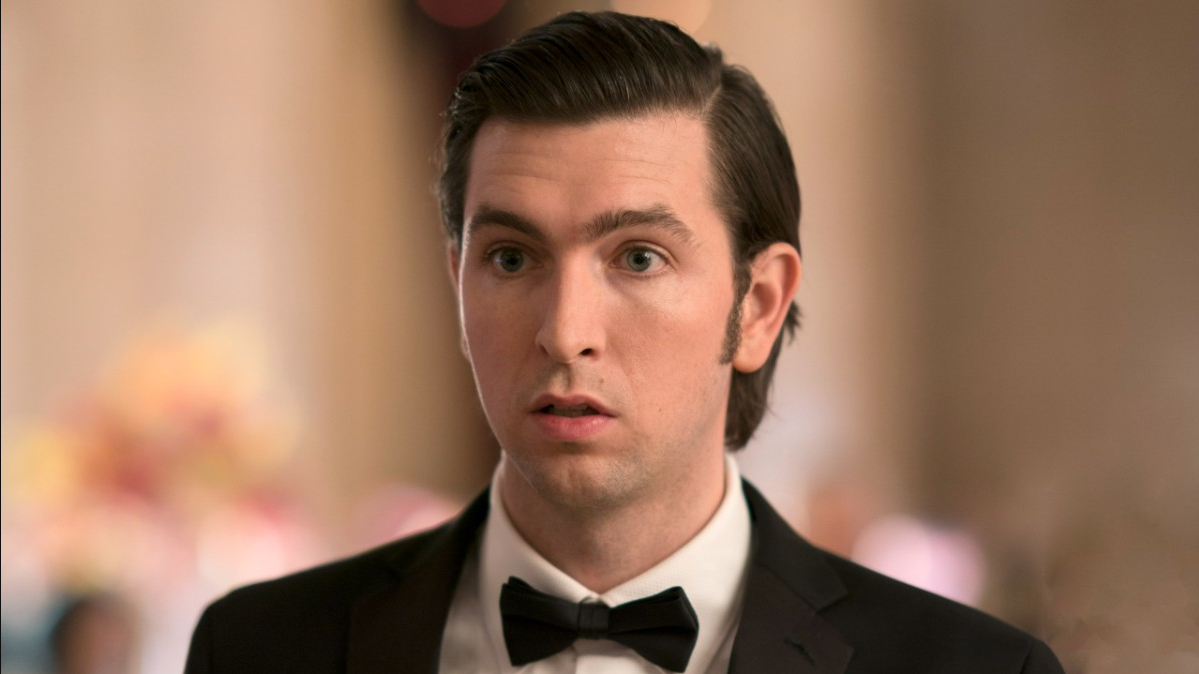 At the end of the Succession season three finale I was feeling betrayed.  Gregory Hirsch, Waystar’s most lovable fool, revealed himself to be a man as slippery as he is tall and only out for his own self-preservation. In a show as cutthroat as Succession, Greg, played by Nicholas Braun, is a frequent breath of awkward, but fresh air. He is the offset to the Machiavellian patriarch Logan Roy (Brian Cox) or the self-destructive finance bro Kendall Roy (Jeremy Strong). And yet, the same palatability has been hiding the fact that Greg may be more of a Roy than a Hirsch.

When Greg quite literally stumbled onto our screens inside the suit of an amusement park character, it was clear that he was at the bottom of the corporate food chain. In the first episode of season 1, Greg’s great uncle Logan introduces Greg as ‘Craig’ to which he is corrected not by Greg, but by his daughter Siobhan Roy (Sarah Snook). Instead, Greg announces that he will go by both, a moment that solidifies him as the “awkward cousin”, easy to overlook in the presence of downright threatening characters like Logan. For a while, Greg occupied the liminal space between his world and the Roys, his bumblings no match for the vernaculars sprints from the other characters, that by the end of the scene,  had Greg heaving and hoing to keep up. But as Greg swapped his character suit out for a $40,000 Rolex, his psychological assimilation into the most toxic media conglomerate was less obvious.

At the start of the series, Greg had just been thrown into the snake pit. Greg’s cousin, Kendall, has led the first crusade in the tug-of-war with Logan over  control of Waystar that will span three bloody seasons. With a cast that rivals Shakespeare’s Julius Caesar or King Lear it is easy to overlook Greg, or in my case, mistake him as “The Fool”; the jester; maybe even the surrogate for the audience as we try to navigate the fucked up loyalties of the Roy dynasty. What I failed to realize, and maybe you did too, is that “The Fool” is never the fool, but like Greg, a keen observer of the dynamics around him.  In the episode “Sad Sack Wasp Trap” of season one, Tom Wambsgans (Matthew McFayden) has been promoted to Chairman of Global Broadcast News at Waystar and is promptly informed about the heinous crimes on the company cruise line that were covered up by the former titleholder.   Tom confesses to Greg and his wife Siobhan that to avoid any future consequences, he plans on holding a press conference and airing out all of Waystar’s dirty laundry. For anyone who has watched past season one, you know that this was probably the smartest move. Kendall’s failed attempt to usurp his father overshadowed the real threat to the Waystar Empire, the cruise line scandals that sat like a ticking time bomb. Unfortunately, Tom is disarmed by Gerri Kellman (J. Smith-Cameron), and is told that “now is not the time to get your conscious out.” Tom aggressively confronts Greg about ratting him out, but Greg feigns innocence, flashing those big doe eyes, until Tom, defeated, walks away. At the end of the episode, Greg and Gerri walk together and Gerri tells Greg that he is a “good kid”  that he made “a smart move” and finally “to keep talking”, confirming Tom’s suspicions.

I believe that this was the first of many desperate attempts to climb the corporate ladder and join the rest of the Roys at the top with the view that overlooks all of Manhattan. What motivates Greg is self-preservation, which explains why many of his decisions contradict one another; Greg purposefully interferes with Tom’s press conference, yet withholds several documents which disclose all of the crimes on the cruise line from being destroyed. Without any strong beliefs, and flimsy morals at best, Greg latches onto what he thinks will propel him forward and guarantee his survival.

This realization makes Greg’s significant role in the season two finale feel ingenuine. His support of Team Kendall was only done to secure a position in what was predicted to be a new era for the Waystar Empire. But, suddenly, Greg’s actions in the latest season make sense. His decision to sue Greenpeace, neglect his girlfriend in favor of women with more money, abandon his uncle and ultimately betray his cousins were just confirmation that Greg is now a real member of House Roy. Now when I think about Greg telling Tom “what am I going to do with a soul anyways,” I no longer feel betrayed, only embarrassed that it took me this long to see who Greg was.