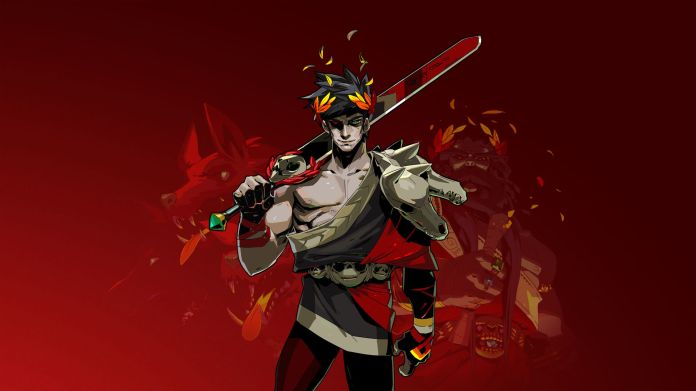 From the artfully designed characters to the varieties of battlefields, Hades has created a surprisingly pleasant retelling of the Greek Myths we all learned about in school or watched in Disney’s Hercules. The development team made sure to include player input through early releases and made sure to adjust the gameplay and narrative to critiques they received. The efforts paid off for Super Giant Games. Alongside winning several BAFTA awards for its design and gameplay it also won the Game Award for Best Game.

Hades is an action RPG game available on many platforms including Xbox, Playstation, Nintendo Switch and Steam. Players are welcomed into the underworld as Hades’ son, Zagreus, and his goal to escape his father’s realm. Zagreus receives help from his immortal family and friends within the underworld as well as the Olympians above as he fights his way through the many layers of hell. While the player unravels Zagreus’ own complicated story, we are also introduced to a new version of the twelve Olympians and other major Greek mythological figures.  The roguelike game Supergiant has created allows players to learn about the game’s narrative even with the repetition of the levels. Developers aimed to keep players interested in their open-ended narrative by adding story elements through each playthrough.

Starting with the lord of the Underworld, Hades is depicted as a workaholic and emotionally distant father who fairly represents the Hades told in the original mythology. Unlike the antichrist depiction in western media, Hades spends most of his time incredibly busy sorting the souls of the dead into their rightful places. Hades’ design also has him wearing several large stones, reminding players that Hades is also the god of wealth and riches. The infamous Cerberus is also present in the game as Hades’ faithful companion and a friend of Zagreus.

The attention to character design is also impressive. Each of the Olympians is given a new modern look while still paying tribute to many of the original Greek myths. Athena, goddess of war strategy and reason, is fitted into a Greek soldier uniform and holds a shield to show her as the protector of cities and an owl which has been a common symbol for the goddess. Covered in wine grapes and holding a pinecone staff is the partier Dionysus. His posing, smirk and outfit depict him as an easygoing god of wine and pleasure. The cape he wears is also a tribute to ancient Greek depictions of Dionysus riding a leopard. Artemis is also beautifully designed as the huntress and protector of maidens. She wears a hunting fur, and quails sit on her bow, a reference to her mother Leto being transformed into one by Artemis’ father Zeus in order to protect her from Hera’s wrath.

Zagreus is aided by his messy Olympian family throughout his battles. Each of the “boons” Zagreus receives from the gods matches their known traits and realms. Zagreus receives skills that boost his attacks from Ares, or is able to charm enemies into attacking each other when Aphrodite visits him. Of course the drama within Greek mythology is also very real within the game, especially when Zagreus must choose between two boons. Similarly to their original stories, the gods are easily slighted and might later try to kill Zagreus for his decisions. As the player progresses through the narrative, more of the relationships between the gods is revealed. Zeus’ ego and the other’s disdain for Hades is made prominent in their dialogue and interactions.

The underworld itself also walks the player through the levels of Hades’ realm. Starting in Tartarus, Zagreus faces spike traps, gloomy atmospheres and souls of the damned before facing a fury as a final boss. Accurately depicting the level of hell where criminals, murderers and famous death cheaters like Sisyphus, Hades gives credit to the darkness and danger of these levels. Once cleared though, Zagreus moves into the Fields of Apostle. While traditionally the fields are told to house the wandering souls of normal people, the game differs in this way. Instead of open and peaceful, Apostle has been run through with lava and more dangers for Zagreus to face. In his final battles Zagreus enters Elysium, or the realm of hero souls. This realm is calming and covered in moss and crystals. Many famous Greek heroes are found in this realm and Zagreus must fight them in order to continue his escape. In each stage Zagreus must defeat spawning enemies that range from spell casting witches to bomb throwing skeletons. At the completion of each stage Zagreus is given a gift and sometimes must choose between gifts. Options can be more boons from the gods, upgrades, money or keys to unlock more weapons. The money can be used back at Hades’ palace to upgrade the place or give Zagreus bonuses throughout the levels. In between runs, the player watches scenes that depict more of Hades’ secrets and develops Zagreus’ storyline.

Hades has revived Greek mythology through its modern yet accurate retelling of the twelve Olympians and their roles. It’s attention to detail and its personification of the gods is reminiscent of other modern retellings like the Percy Jackson series. Alongside the awards mentioned earlier, Hades made history when it became the first video game to win a Hugo award. It also won IGN’s best game award and took home nine awards from the inaugural Global Game Industry Awards. With such a wonderfully designed gameplay, storyline, attention to detail, and unique character design, it is no surprise that this game has topped charts and charmed so many players.