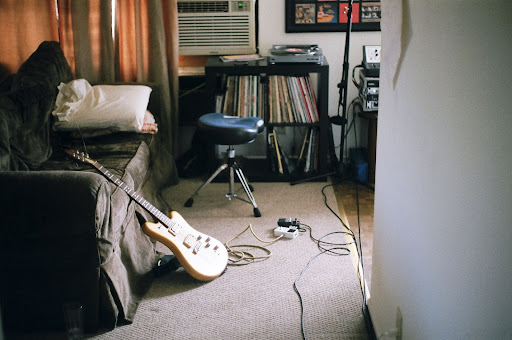 Twenty years ago, musicians had a higher chance of winning the lottery than reaching a mainstream audience independently. The success of music was in the hands of major record labels, radio stations, and monopolized music corporations. The only opportunities independent bands had to gain a fanbase was through concerts, while signed artists often had platforms such as radio and television to reach a mainstream audience. Musicians starting out often didn’t have the budget to record their songs which added another level of difficulty to these circumstances. Today, independent musicians are recording, publishing, and marketing their own music while reaching audiences from all over the world. Nearly every modern musician uses social media apps such as Instagram, Youtube and Tik Tok to promote and spread their music. 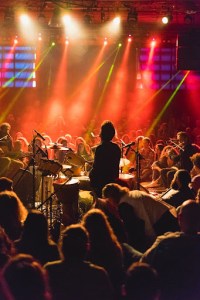 When it comes to recording, anyone with a laptop, microphone and recording software can produce their own music from anywhere. Alternative/Indie artist Goth Babe records most of his music in his van and has gained over two-million monthly listeners on Spotify with a budget of almost nothing to record his music. Pop artist Billie Eilish and her brother Finneas are known to record in their childhood bedroom. As a result of recording from home, they can spend more time on smaller details like vocal harmonies and experimental tones to produce powerful sounding songs. Recording from home gives the producer advantages to mix in sounds from inanimate objects to create tones that would not otherwise be possible to have. The hi hat in Billie Eilish’s song “Bad Guy” was originally a recording she took on her phone of a crosswalk sign beeping in Australia, then quantized and added to the song. These experimental approaches to her recording have undoubtedly helped gain her nearly two billion streams of the song.

Even if a musician has the recording software but not the skills to mix and master a recording, they still have the resources to record demos and gain more of an idea of what direction they want a song to go in. Audio interfaces such as ‘Scarlett Focusrite’ and ‘Presonus Studio’ are some great affordable resources to make great quality recordings at home. Demos are also a great way for artists to be much more prepared when coming into a studio to record the final product. Once the final product is finished, unsigned artists can reach out to distributing companies such as ‘CD Baby’ and ‘Distrokid’ to send out their music to major streaming platforms such as Spotify, Itunes and Apple music, and no label is needed.  Recording and promoting resources are available to just about anyone regardless of their following or establishment as a musician. All of these resources serve as a reminder to musicians all over the world that if they have been wanting to start a band and spread their music, now is the perfect time to start.