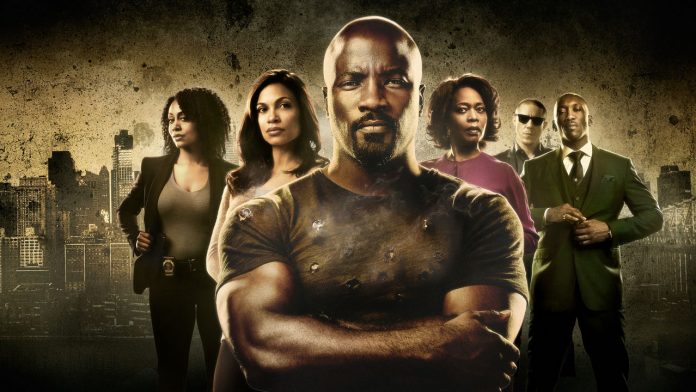 The Marvel Cinematic Universe (MCU) is a franchise of blockbuster films and television shows, all taking place within one universe modeled on Marvel comic books. The significance of the shared universe through its 8 year run has mostly been its ability to keep audiences engaged in a slew of characters by interweaving them through multiple films. If you liked Iron Man, and you liked Thor, then you’ll probably see The Avengers, because Thor and Iron Man are both in it! And did you like The Avengers? Then you should probably see Ant-Man, because The Avengers are mentioned several times. Now, I recognize that by this point, if you don’t already care about this stuff, your eyes might have glazed over. You’re not interested in superheroes, you’re probably sick of people talking about “Easter Eggs” and “world building.” The reality is that making a piece of media that take places in the same universe as another piece of media is really only significant for people who care about that first piece of media, and that’s fine. The shared universe is a marketing strategy, albeit an effective one. Luke Cage, however, uses this shared universe as a political and narrative tool.

Now, Netflix’s new television show Luke Cage is a part of the MCU, and so it takes place in the same world as all of the big blockbusters. It is also more specifically a part of Marvel’s Netflix television universe, where all of the shows take place on the streets of New York City following the events of The Avengers. These Netflix shows have so far been some of the most inventive and complex superhero stories adapted from mainstream superhero comic books, which is why I was so excited about Luke Cage. Luke Cage is a superhero show written by and starring a black man, and the show is incredibly conscious of this fact, devoting a significant amount of time to discussions of blackness and black masculinity within the context of superpowers. There is A LOT that we could talk about when we talk about Luke Cage, and a lot of other people already have. However, one of the amazing nuances of Luke Cage is its ability to use its focus on blackness, policing, and vigilantism to complicate the events and ideas at play in the broader MCU.

Marvel’s spring blockbuster, Captain America: Civil War, was the culmination of years of Marvel films which dealt, implicitly or explicitly, with questions of homeland security, foreign policy, vigilante behavior, and the ethical questions that arise from these themes. Tony Stark, beginning in The Avengers and culminating in Civil War, developed a belief in the importance of the security of America and of earth, after experiencing an alien invasion. Concurrently, Captain America’s path through the MCU led him to a deeply held belief in civil liberties and individual freedoms. The big question at play in Captain America: Civil War, but really the underlying question in most of the Marvel films is: should these people who are more powerful than humans be allowed to work outside the law?

The final scene of “Take It Personal,” the tenth episode of Luke Cage, begins with Mariah, played by Alfre Woodard on stage at Harlem’s Paradise, the club where she murdered her brother. Behind Mariah on the stage, large pictures of a bruised and wounded Lonnie, a teenaged black kid who was beaten up by cops looking for Luke Cage, hangs behind her. A crowd chants “This stops now!” The moment intends to evoke the political action that has taken place (for a very long time but also specifically within the last few years) surrounding the murder of black people by police officers. Mariah is in this moment trying to kill many birds with one stone, framing Luke Cage for murder in order not only to get him out of her way, but also in order to secretly sell Luke-Cage-murdering bullets to the police. To achieve her goal, Mariah points out that “a cop was killed by this super-powered menace. And our young brother was hurt during their witch hunt.” In order to reframe Luke Cage as not a protector of, but a detriment to, the black community in Harlem, she places the faults of a corrupt and racist police system at his feet. “We got a bulletproof murderer on the loose in Harlem, with his own twisted sense of justice, putting us all in harm’s way.” Luke Cage is a danger because he is a black man intent on enacting his and not the police’s moral code and who can’t easily be killed. Mariah is herself black and invested in black pride, and in order to mobilize the black community she makes the police brutality Luke’s fault. But of course it is not Luke’s fault. Mariah utilizes the fears of a black man with power to mobilize the community against vigilante superhero activity.

Ok, so remember how I said that the Netflix television world takes place after the events of the first Avengers? What that means is that Mariah’s speech in Luke Cage likely takes place several years before the discussion of superheroes as vigilantes reaches the white superhero community in Civil War. Before the humans of the MCU become afraid of white men with superhuman powers, they become afraid of black men with superhuman powers. Cheo Coker has used Luke Cage to retell the story of the MCU, to reveal to us that when people in the MCU tell us that “vigilantes are dangerous and must be kept in control,” they are really saying “black people like Luke Cage who are powerful and do not work within the legal system are dangerous.”

There is a scene towards the beginning of Civil War where a woman confronts Iron Man after a speech he makes at MIT celebrating human innovation. She tells him that her son died in the aftermath of a battle he fought against a sentient robot. Miriam, the woman, is not in the movie much, but her words to Tony Stark trigger his guilt over the danger his powers have put on innocent people’s lives, and act as a catalyst for the events of the film. Miriam is played by Alfre Woodard, who also stars as Mariah on Luke Cage. There is no explicit suggestion in either Civil War or Luke Cage that Alfre Woodard is playing the same character. In fact, the screenwriters of Captain America: Civil War have said definitively that she is not (although this is very strange for the MCU and I suspect it might be a long-con).  It doesn’t really matter though. Even if it’s just a weird coincidence, it’s a coincidence with power, a coincidence that allows a story almost entirely concerning black men and women to at least seem to be central to a blockbuster franchise about white people. Luke Cage uses its place in the shared universe of the MCU to re-explain the fear of superpowers and vigilante behavior as fears of black men with superpowers who act outside the law.