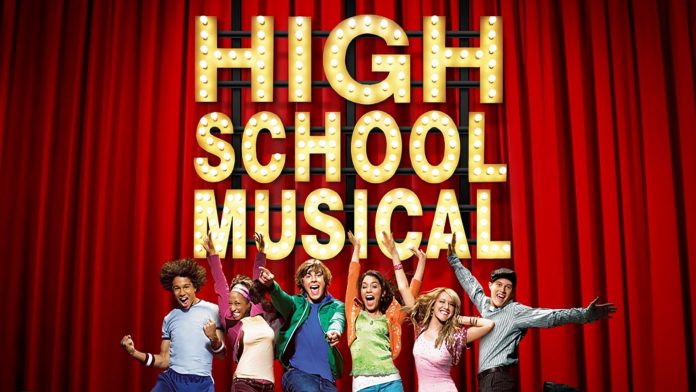 Over ten years ago, High School Musical was released, and became arguably the most enjoyed and most successful Disney Channel Original Movie to date. Personally, I loved High School Musical because, like many kids, I fantasized about going to high school, and because it was the first Disney Channel Original Movie musical, and a well done musical at that.

High School Musical is a fairly harmless story, it teaches kids to come out of their shells and be the people that they want to be without worrying about what others’ expectations are. On the other hand, there has always been one element of the film that has bothered me: Sharpay and and Ryan’s insistence on playing love interests in the winter musical.

I understand that Sharpay and Ryan wish to play the lead characters in their high school’s musical, and that they are both capable singers and performers, but it is strange that these siblings would be so determined to play love interests.

For some background information, Sharpay and Ryan are twins at East High, the setting of High School Musical. They are two theater kids who are extremely intent on playing Minnie and Arnold, the lead roles of the musical. Minnie and Arnold are two young people who have always been friends, but are now embarking on a romantic relationship. And still, Sharpay and Ryan are so persistent on playing these lovers that they attempt to sabotage Troy and Gabriella, who are also auditioning for these roles.

It is even more disturbing to me that no one else in the film seems to find anything bizarre in this desire. This is best exemplified in Sharpay and Ryan’s performance of the song “What I’ve Been Looking For.” Their rendition of the song is much more upbeat and playful than the original version that Kelsi wrote and Troy and Gabriella sing later on. While Ms. Darbus enjoys their performance, Troy, Gabriella, and Kelsi all appear to dislike Sharpay and Ryan’s adaptation, and prefer the slower and more romantic version. I understand why they would have this preference, but I believe the siblings changed the tone of the song in order to escape the awkwardness of acting romantic towards one another.

It is possible that Ryan and Sharpay only wished to play the lead roles of “Twinkle Towne” because they desire to display their theatrical talents, and will play any roles necessary to do so. In my theory, in order to obtain the lead roles of the play, and also maintain their dignity, Sharpay and Ryan changed the song to be more platonic and less emotional, and therefore distracting from the obvious casting issue. After all, imagine they had sang Troy and Gabriella’s version of “What I’ve Been Looking For”, this truly would be bordering on portraying incest on screen.

This observation is not meant to imply that Sharpay and Ryan are having some sort of romantic relationship behind closed doors (clearly not, Sharpay has a glaringly obvious crush on Troy), but to point out that no one in the film ever comments on Sharpay and Ryan’s goal of playing lovers on stage. Of course, this plot point is most certainly made to be humorous, that these siblings are not even thinking about the romance between the characters, and only want to be the stars of the musical. Still, I do find this to be a fairly unspoken part of the film, that many viewers may have wondered about, but chosen not to say anything.