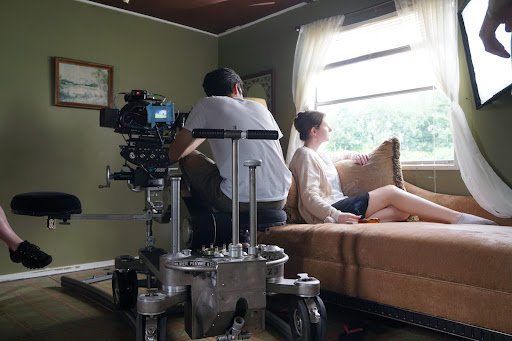 A mechanical whirr of shutters spinning and pressure plates rattling hum behind you as the camera rolls. Inside the camera, celluloid film is being rapidly passed through pulleys, levers, and magazines, exposed to light and rolled up tightly as the film continues to roll. Flying through at 24 frames a second, the film is precious, sensitive, and fragile- an inconvenient medium that has only grown more expensive since its conception over a hundred years ago. Film, as we once knew it, has changed. It is no longer the industry standard, is difficult to obtain, and technological advancements have streamlined production and development in all aspects of filmmaking.

Why do we still use film?

The film vs. digital debate has existed since the emergence of the digital camera, little 3 megapixel cameras bringing up concerns about the viability of the physical medium. But here we are, decades after the emergence of the digital video, still holding on to film. Despite modern digital cameras allowing for more efficient systems, cost effective filmmaking, and more accurate images, here are some reasons why film remains viable and will remain viable in the industry indefinitely.

There is no way to debate the use of film as a medium without addressing the steep costs of using traditional film. Whereas digital cameras allow for freedom in terms of roll time and manipulation of light, film shoots are restricted by the physical makeup of the film; be it a specific ISO rating of the film stock, development costs and budgeting issues, or a finite amount of takes due to the allotted amount of film per scene. With certain film stocks costing over $100 a minute to process and scan, the costs add up at a staggering rate. Furthermore, shooting on film (being much more niche than it was say, 30 years ago) requires more technical skill and setup, leading to more expensive DPs, crew, and overall production costs. 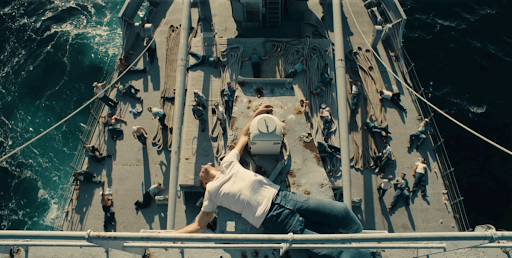 A still from Paul Thomas Anderson’s film The Master, shot on 35mm and 65mm film.

Despite these increased production costs and difficult barriers in using this medium, we continue to see feature length films by directors of all levels being produced and shot entirely on film. There is the allure of the image itself– celluloid being praised for being able to render skin tones and shadow detail in an organic way that can’t be replicated on film, or a certain comfort and nostalgia being associated with the once standardized medium. There are chemical imbalances in film that produce irregularities, scratches or burns or light leaks that lead to unique marks on each roll- each of these contributing to imperfections that are sought after rather than shunned. We see these “looks” constantly emulated in modern media, be it an Instagram story filter, music videos, or LUTs being designed for editing work in Premiere or DaVinci. Digital post production has allowed for filmmakers to achieve incredible results in recreating the “film look”, but there remains an undeniable and constant desire to make an image feel “authentic” or “genuine”. But with all of this praise of film despite its obstacles, what does a shoot on film look like with an amateur production?

I’ve currently only worked on one set that was shot entirely on film, and in my case, it was the short film of a friend very close to me who directed his work entirely on 16mm film. Given budget constraints and increased time needed to prepare for a film shoot, this film required immense planning and pre-production, blocking and choreographing every shot and movement out to a T. With this came a deliberate and focused attitude on set, each take costing us precious film and putting immense pressure on the actors to nail their scenes. Furthermore, it required the crew to work efficiently and urgently, making the most of the limited resources we had. By the end of production the image was beautiful, and each frame bore the unique beauty that comes with celluloid film.

Would I do it again? Probably not… At least, not yet.

Would I work on a friend’s film shot on 16mm? Absolutely. It is a privilege to be able to work on a set with such a unique and precious medium. However, shooting on film at the amateur level comes with its own set of issues and problems. Given how mindful we had to be with our film spending, we couldn’t allow our actors to “breathe” into their roles and have the comfort of unlimited takes. Furthermore, logistical problems arose with the storage and development of the film, given the limited locations that could properly process and handle the film being shot. At this point in my career I am wary about shooting the narrative films I want to create on film out of budgeting and logistical reasons alone, but it remains something I would love to work on in the future.

On set for my friend’s short film, shot entirely on 16mm film.

Back to the first question. Is film dead? No! Film may never return to the glory or popularity it once had in the past, but it will always thrive as a niche medium for hobbyists, enthusiasts, trendy kids, and directors alike. The beauty of film lies not in its technical perfection, but the timeless and organic image it produces. There is something special about film- be it the experience, the flaws, or the colors- but as long as it remains available, I have no doubt that film will continue to be produced and developed to create beautiful work.