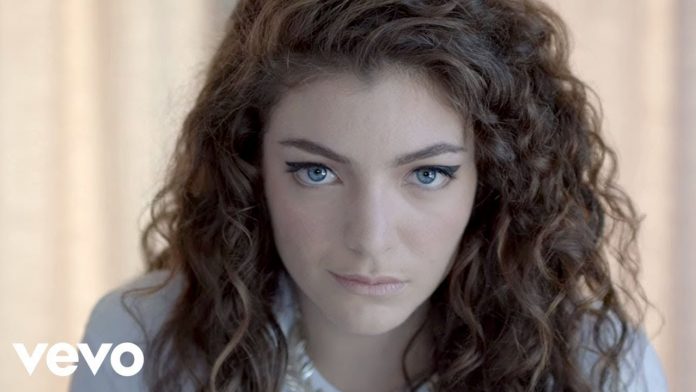 The generation born between the mid-1990’s and the mid 2000’s is what has been branded: Generation Z. An important member of Generation Z is the New Zealand music artist, Lorde. Being born in 1996, Lorde has been able to capture the overwhelming and melodramatic feelings of transitioning from a teenager to an adult through her own personal experience. With her music, she has drawn in many teenagers and young adults from Generation Z who relate to her coming of age. While most of Lorde’s music is very impactful, these are her top 5 songs as many members of Gen Z can relate to them.

“Greenlight” describes the awful feelings after a break up and waiting for the moment to rise back up again. The song starts with Lorde’s angry sentiments about her ex-lover, filled with jealousy and pain. The beginning represents feelings that a young, naive teenager would have as she nitpicks every little thing about her ex. As the beat begins to pick up, she describes how she is ready to let go of this pain, but not quite yet. Lorde emphasizes how badly she wants this “green light,” so when she receives it, she will finally grow and never look back. This song is important to Gen Z, as it can be interpreted as the transition from teenager to adult. Since adolescence is a waiting game, every year, members of Gen Z get closer to receiving that “green light” and when they do, they’ll be ready.

“Team” is shout out to all the outcasts who never fit in the popular crowd. Instead of trying to fit in, Lorde creates her own “team”, accepting each other’s imperfections and diverse backgrounds. A common trait for Generation Z is caring too much about what others think, especially since the rise of social media. Lorde reminds us that we don’t need beauty or money to make an impact or “run things.” She reminds Gen Z that true solidarity lies in caring for one another and understanding our differences.

“400 Lux” deals with loving someone and enjoying every single second with them. Lorde gives us lyrics with vivid imagery of her and someone special driving around neighborhoods and spending time with each other. This song is important for Generation Z as love is a complicated topic. Love does not have to come from expensive gifts or intricate dates, but rather from the small details and simplicity of love itself. The term “Lux” refers to a unit of measurement of light, which would mean that 400 Lux would be super bright and warm, which is the only feeling Lorde wants us to feel when in love. Nothing else.

A supercut is a montage of all the best moments, usually from a TV series. In “Supercut,” Lorde describes all the good parts of her past relationship, but quickly states that it will only just be a “supercut.” This means that while the memories were great, that’s all they will ever be: just memories. This song is crucial for Generation Z since the majority of its members dwell in nostalgia. While some nostalgia can be good, it can keep most of Gen Z from growing up and slow their transition to adulthood. The song has the line “in my head, I do everything right” that continues to repeat and fade out near the end of the song, creating the bittersweet realization that nothing can be done to fix the past nor get it back.

Lorde’s #1 song is about growing up. “Ribs” describes a house party that Lorde threw which, in that moment, was fun. However, this song takes on a darker tone, since the party marked a huge turning point in Lorde’s adolescence. Being exposed to more mature experiences, she sees that there is no going back now. Most of Gen Z can relate to this feeling, as most are in these positions now. Like many members of Gen Z, she tries to reminisce about past experiences she had when she was younger to help her cope with growing up, however she learns that not even nostalgia can reverse time.