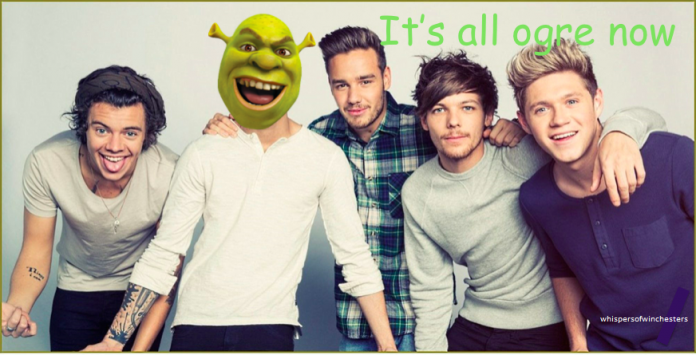 We are currently in the year 1 A1D (After One Direction), and if this boyband has taught me anything, it is that change is hard. Yes, I understand that the band has declared they are in a state of Hiatus, but ever since the break, every single member has gone on to create solo music. Much like Michael Scott on The Office just yelling out the word Bankruptcy in attempt to declare it, I’m not completely sure the band understands the concept of what they stated, or rather the reality of it. Zayn’s initial split indicates that he is gone for good, never to rejoin the original 1D pack, but what makes the other members so different. Just the word Hiatus? Is that enough to keep these heartthrob boys together? Maybe they are not headed in one direction after all?

This very much rings true with all the music being produced individually, because again they are all different.  Zayn’s initial breakout with “Pillowtalk” felt very reminiscent of Justin Timberlake’s break from Nsync; Zayn shaved his head and made a flashy music video with a song explicitly about sex to prove that he is a grown man, no longer a member of a boyband. I say this but I am in no way trying to criticize him. Pillowtalk, despite its flaws, was a banger, and with that, you should read Jasmine Lee Ehrhardt’s previous EyeCandy article all about PillowTalk from when it first premiered. Zayn is very much making music for himself now, and his first album, Mind of Mine, definitely stated that he is not like other pop star boys with his love for strange capitalization (ex. His song tracks titled iT’s YoU, BeFoUr, etc.). Again, no hate. His first album was great, but his newer music does make me waiver. Like his song “I Don’t Want To Live Forever,” made with Taylor Swift for the new Fifty Shades film. It just feels like selling out when his break from One Direction was clearly an act of independence and artistry. But who am I to judge. He split from One Direction on his own terms and is making a life for himself, despite the change. Zayn is a beacon of independence and possibility, and once the Hiatus was announced, every other member followed his footsteps.

Niall Horan was the first to start his solo career when he put out the song “This Town” in September of 2016. But the thing about this song, it sounds exactly like a One Direction song except it is only one voice. This isn’t a bad thing. I would not be writing any of this if I didn’t love One Direction in the first place. Niall’s new music is then not at all off brand, but he is rather embracing his strengths. He is not ashamed of his past boyband-hood and he is not trying to declare himself a reborn person like Zayn did with his new music. Niall is being Niall. Just a plain Irish guy who was once part of a boyband but now isn’t. Niall continued to put out another song in May of 2017 called “Slow Hands” which is obviously a song about sex, but it is executed in a very upbeat nature that you are distracted from the sexual undertones of the lyrics. Very boyband like. But again, another banger. Niall’s solo departure, like Zayn’s, is also his own style, which also happens to be a boy band style.

Louis Tomlinson was the next to go solo although he was not solo, he ganged up with  popular DJ Steve Aoki. Although this solo career really just culminated with one single. Pretty anti-climactic. But Tomlinson is busy, he was a guest judge for The X Factor, the show that got him started, for awhile, working with Simon Cowell on other unnamed projects. He is also the first from the boyband to become a father, having a son with a girl from L.A., which I find pretty distressful (I also just find babies and people having babies in their early 20’s very stressful in general). I get it Louis, you are just taking advantage of your fame, but fame doesn’t stop you from getting diseases. Be safe. Not to mention, this news was pre-hiatus, meaning despite this new fatherhood, he was still in an active boy band member. One day, this will probably be a great story to tell his son. And I’m sure that Louis is a great father and really taking this new post 1D time to spend on his child. But if he isn’t, at least he still has a lot of money from being in the most successful boy band of the modern era.

Talking about boyband members having kids brings me to the next person, Liam Payne. The second former 1D member to have a child, is also on to great things. He spent his post 1D life mainly working as a music producer, as well as being lovey dovey with a woman ten years older than him and having a baby together (Honestly though, good for them). He, very recently, got signed and put out the single “Strip that Down” which I honestly have not been able to listen all the way through without cringing a little bit. Some of his lyrics include “You know, I used to be in 1D (now I’m out, free) / People want me for one thing (that’s not me) / I’m not changing, the way, that I (used to be).” Really something and I honestly don’t know what to make of it. With my lack of commentary, I think I’m just going to move on.

And this brings me to Harry Styles, and the main reason I am writing this article in the first place. Harry, who has been off the grid acting in Christopher Nolan’s new big movie, just put out his own solo album, eloquently called “Harry Styles.”  I am utterly entranced by his new album and I think that may even be an understatement. The album seems to go deep, mean more than surface level pop music that Harry Styles made while in One Direction. First off, he wrote the lyrics himself, which does in fact make the album more personal. But I can’t help myself from wondering what does it mean? Who is Harry Styles?  A solo career is inherently more personal than being in a boyband, but the thing about Harry is that he is a mystery. His personal life section on wikipedia is the shortest of all of them. Harry Styles was the pretty boy, and a mysterious one; with his plethora of tattoos and his long hair I often found myself wondering what he is like in real life. But one thing this new album taught me is that he is real. Making him way more tangible than his previous pop star person. The musician Mitski really captures this idea perfectly in her review of the album, which is titled “One Projection: Harry Styles and the Art of Idealism.” To her, Harry has also always been so far away, the pretty face that you can only observe at a distance. But this album brings him closer, puts him at the bus stop right next to you. And when you start talking to him, he is normal. Her description of this supposed Harry Styles is both evocative and hilarious; “You miraculously get to talking while you wait for the bus, only to find that this beautiful, distant boy from school sometimes says stupid things like, ‘You’re cool, no one else knows who the Beatles are,’ or is awkward and nervous sometimes, like you.” And she is right. I can picture him like this perfectly, especially after this album. If you get a chance, read Mitski’s piece, because it really captures the new Harry Styles.

Well, this is where we are. Currently surviving a time post 1D, and every member seems to be off onto greener pastures. And when I said that this band split taught me that change is hard, I didn’t mean for them. They are all moving on pretty gracefully, but me on the other hand, I’m a wreck. I’m an adult, a 20 year old college student whose life should not be so preoccupied by a boyband. But they are a part of my history. I can still remember when their first single, “What Makes You Beautiful” came out. It made me want to dance. Then I remember listening to their very first album, playing the song “Moments” in my bedroom at night. That song made me want to cry.  After their initial release as a band, we did have a turbulent past. I would lose interest but I could not help but love them from afar. That’s who they always were to me. Loves from afar. But now they are broken up, all separate, making them spread a little farther. But does that make them harder to love? Maybe not harder, but definitely less convenient. I am a busy college student after all.