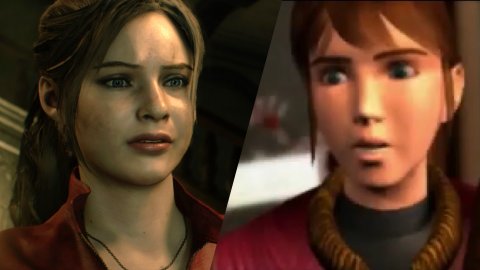 With the recent arrival of the Resident Evil 2 remake, Capcom is introducing a new generation of players to the horrors of the Raccoon City Police Department. The original game has been around since 1997, but with the remake’s revamped graphics and gameplay, the scares feel a lot more jarring. Not only does this game bring scares at an impressive rate, but any above-average horror game can scare its player at least once, unlike their film counterparts. As opposed to film, horror games force their players into the world they are presenting, making them become more invested; so much that soon, horror fans might be ditching scary movies all together in favor of video games.

Films thrive on allowing people to escape their lives for a little bit and enter an entirely new world. Horror films work best when they do this right and people are the most scared when they are fully invested in the movie they are watching. But, the issue with scary movies is that they can never be fully invested. We are aware, as an audience, that this is a story that is being given to us. We are still in a theater with a bunch of people and if we look away, the movie still goes on without us. Movies still get scares and there are plenty of films that can absolutely terrify its audiences, but there is still the fourth wall.

Immersion is something that video games thrive on. In a video game, you are the protagonist, you control the story, you technically control everything. This forces the user to have an active mind and pay attention to everything around them. The character becomes an extension of themselves, so when their avatar is in a stressful situation, it feels like they are in a stressful situation. This immersion of the player is what gives games like Resident Evil 2 an edge over, say, Halloween. In Resident Evil, you control all the action. You decide what room to go in you and if you look away, your character stops; there is no avoiding action, you choose your own scare. Especially today with the advent of virtual reality, this experience is even more lifelike. You move your head as if you are there, all you can hear is the eerie creeks of your setting, and all you can see is the horrors that await you. It makes you feel like you are walking through a haunted house from your own living room as opposed to just watching someone do it on the TV. So, I think with everything that is going into horror games and the disappearance of small to mid-budget films in favor of blockbusters like the Marvel films, horror games are poised to overtake films as being the go-to for scares.