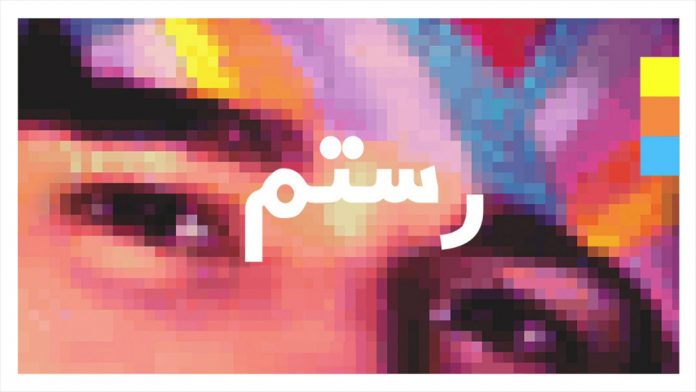 Released in the latter half of 2017, Half-light, the debut solo album from singer/songwriter/multi-instrumentalist Rostam Batmanglij may just be the most important album you didn’t hear this year.

After amicably leaving Vampire Weekend in 2016, Batmanglij, who records under his first name, Rostam, decided to undergo the task of releasing his first solo album. His use of intricate beats, orchestral string arrangements and complex melodies creates multidimensional songs embellished with beautiful harmonies, choral orchestrations, and chaotic beats that heavily draw upon both Western and Eastern musical influence. By rethinking the relationship between these two different musical styles, Rostam successfully creates an album that is not only lyrically compelling but also a unique compilation of expressive sounds and instruments. Rostam draws upon nostalgic Persian-inspired rhythms from his youth coupled with westernized instrumentation in order to create intensely powerful ballads, like “Don’t Let It Get to You” and “Bike Dream,” that construct a visceral world dominated by a sense of humility, wonder, and pure artistic expression.

Lyrically, Rostam’s personal experiences, memories, and thoughts comprise the majority of the album, offering a somewhat personal aspect to the elliptical songs. Nevertheless, written with ambiguous undertones, the focal point of each song is heavily tied to the instrumentation rather than spoken word. Through expressive instrumentation, Rostam recontructs the emotions and feelings lost as a consequence of time, allowing listeners to get a glimpse into his most personal and beautifully defined memories. Dealing with themes of self-identification, romantic relationships, and cultural prejudice, Half-Light ruminates through the scenes and sounds of Rostam’s past, leaving behind a culturally and socially relevant testament to music.

Grappling with themes of self-reflexivity, over-analyzation, unfulfilled conceptualizations of love, and validation, “Bike Dream” is a rumination of past and future relationships, addressing the subtle complexities of romantic relationships that seem ever so simple: “Tell me something or nothing/Never the one thing I want to hear.” Craving a love that requires passion, independence, and tenderness, Rostam illustrates the duality of love using the lush tones of a soft cello paired with a harsh drum to mimic his opposing desires which longs to find in another. “Two boys, one to kiss your neck/one to bring you breakfast/get you out of bed.” A moderately fast tempo paired with vivid descriptions of a memory evokes the feeling of nostalgia one feels in a fast paced environment, specifically reflecting that of a New York lifestyle. Touching on the difficulty one faces when having preconceived notions of happiness and love and the struggle with the dissatisfaction undeniably tied to an analytical thought process, Rostam’s “Bike Dream” is an indubitably queer, sentimental critique of love, providing a sense of relatability and solace for listeners struggling with similar feelings.

“Don’t Let It Get To You” is an unrivaled demonstration of the synergistic relationship Rostam cultivates between both Western and Eastern music. An abrupt drum sequence marks the beginning of the song, preparing listeners for the following powerful, inspirational song that demands one’s full attention. Looped over a sample of Brazilian batucada drums from Paul Simon’s “Obvious Child,” “Don’t Let It Get to You” is identified by its firm rooting in Eastern style synths, coupled with authoritative drums that command the rhythm of the song. The audible dissonance parallels Rostam’s message, “I want to, even when it don’t make sense, even when it don’t make sense/actually I want to more even when it don’t make sense.” Nevertheless, the compilation of various instruments is what makes the song such a compelling piece. “Don’t Let It Get To You” clearly indicates the progressive mentality of Rostam’s personal style, denoting the evolution of cross-cultural musical styles and the potential directions one can expand music into.

As an artist, Rostam successfully creates a blissful, electrifying album, confident in an ontology that presents a fresh perspective and unique blend of multicultural sounds. Half-Light, his first solo album, impressively alludes to the most subtle beauties and often abstract thoughts many people find themselves contemplating in various moments throughout life.

On a personal note, Half Light created a space within my own mind to reach out and explore fresh perspectives on life. Serving as my own personal impetus, Half Light rekindled my own creative responsibility to observe; to delve into the vivid beauty and all-encompassing emotion in life waiting to be noticed. Thank you, Rostam, for noticing.