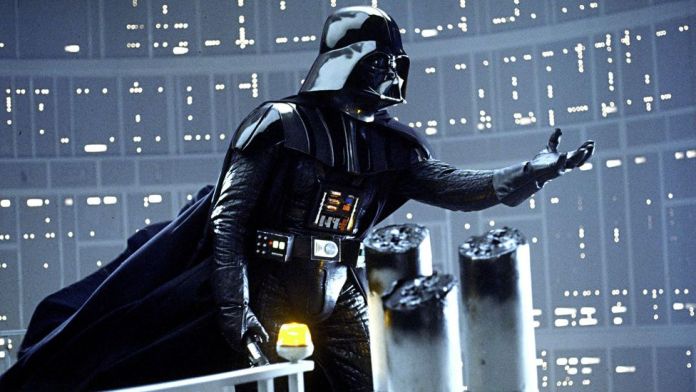 by Wren Pretto
The American film industry has been booming for just over a century, beginning in 1906. Throughout the different eras of film, the silent period of the 10’s and 20’s to the film noir period of the 40’s and 50’s, each decade of American film has taught the next generation how to make even better films in technical and story aspects. That being said, it could be argued that the most valued, or if nothing else, the most appreciated decade of American film would have to be the 1980’s.
Major blockbuster movies that everyone can recognize today originate from the 80’s, encompassing every genre. For fantasy, we have The Princess Bride (1987), Star Wars: Episode V- The Empire Strikes Back (1980) and Star Wars: Episode VI- Return of the Jedi (1983), which made a combined 907.5 million dollars in box office worldwide. And though The Princess Bride did poorly in box office compared to Star Wars, it is widely praised in the modern day as a perfect blend of romance, intricate swordplay, satire, and imaginative fantasy world that doesn’t exclude any viewer.
For adventure, we have The Goonies (1985), Indiana Jones and the Temple of Doom (1984), and Indiana Jones and the Raiders of the Lost Ark (1981); these made a total of 848 million dollars in box office.
For animation, we have The Little Mermaid (1989), Who Framed Roger Rabbit (1988), Peter Pan (1988), and My Neighbor Totoro (1988), making a total of 693.2 million dollars. To this day, you can see little girls playing in the pool saying that they’re a mermaid just like Ariel, even though the film came out around 20 years before their birth.
For sci-fi we have Back to the Future (1985), Blade Runner (1982), The Terminator (1984), Ghostbusters (1984) and E.T. the Extra Terrestrial (1982); the four made 1.75 billion dollars in total. This genre was clearly the one most appreciated during its time, seeing as it had the highest amount of box office revenue in comparison to the other genres. E.T. sits in the highest grossing box office at spot #94 just above other acclaimed movies such as The Amazing Spider-Man (2012) and Guardians of the Galaxy (2014).
For action we have The Karate Kid (1984), Escape from New York (1981), Octopussy (1983) and Licence to Kill (1989), making a total of 499.9 million dollars. The Karate Kid was so great, the film’s plot was retold with new and popular modern day actors Jaden Smith and Jackie Chan in 2010.
For horror we have The Shining (1980), Predator (1987), A Nightmare on Elm Street (1984), and Friday the 13th (1980) totaling out to 262.1 million dollars. Friday the 13th would go on to make 7 sequels and 5 spin offs to the original film, for people could not get enough of Jason’s character.
For drama we have Dead Poets Society (1989), The Breakfast Club (1985), and St. Elmo’s Fire (1985); they made a total of 325.2 million dollars. Shows like Dawson’s Creek, Gilmore Girls, Victorious, The Simpsons, How I Met Your Mother, and more paid tribute to The Breakfast Club, demonstrating its grip on pop culture.
For romance we have Sixteen Candles (1984), Pretty in Pink (1986), and Dirty Dancing (1987) making a total of 278.8 million dollars.
For Comedy, easily the largest built upon genre during the 80s, we have Ferris Bueller’s Day Off (1986), Beetlejuice (1988), Clue (1985), National Lampoon’s Vacation (1983), A Christmas Story (1983), Good Morning Vietnam (1987), and Gremlins (1984), coming in at 627.3 million dollars.
Other subgenres were also hit during the 80s like Footloose (1984) and Little Shop of Horrors (1986) for musicals, Rocky IV (1985) for sport, Scarface (1983) for crime, and Fatal Attraction (1987) for thriller. Overall, during the 80s, it seems as though no genre was left behind and each one had a film we appreciate in the modern day.
These movies are popular for a reason; they’ve become what we reference to when we think of groundbreaking films. Modern day shows and television frequently reference these films. For example, in the popular show, Stranger Things, the main characters dress up as the characters from Ghostbusters for Halloween. Family Guy, another popular modern show, made two episodes parodying Star Wars: Episode V- The Empire Strikes Back and Return of the Jedi. The Simpsons, in their regular “Treehouse of Horror” episodes, made a quick segment based on The Shining. Obviously there are many more examples, but the most important part about movies from the 80’s is that even though some of the movies above didn’t do as incredible in the box office as others, if the average person looks at the titles I’ve listed, they are sure to recognize most, if not all. These movies have become the films of our childhood, the nostalgia of our society. They are so critical, even, that sequels and spin offs from these films are booming today, such as Star Wars: The Rise of Skywalker (2019) and Ghostbusters: Afterlife (2021), to assure that our love for these films keeps alive. And sure, as we get older, and the new generations come around, the movies of the 80s may be passed over by the films of the modern day, but while generations X, Y, and Z are still around, it can be universally recognized that American films of the 1980’s totally rule.