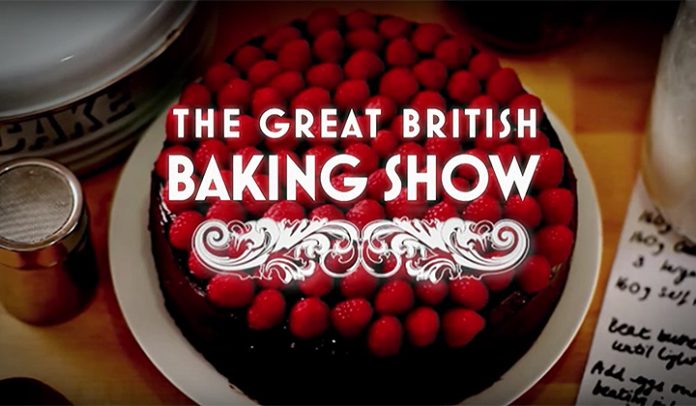 American cooking competitions all follow the same sort of formula. There is an intense battle where chefs need to make a complex dish in an a short amount of time with some ludicrous obstacle like, “every dish has to include a daikon radish and it must be completed in under 35 minutes”. The Great British Baking show is a wholesome contrast. The entertainment value of the show lies mainly in the ins-and-outs of baking technique and light hearted banter, rather than the dynamic of egotistical chefs making obscure dishes.

It’s no secret that competitors on American cooking shows aren’t there just because they like cooking; they’re there for passion, for vengeance, for redemption. Every competitor has a dramatic origin story- their father died young and cooking is their only memory of them, they’re recovering from chemotherapy and cooking gives them the will to live, or they came to America with only the clothes on their back to become a world-class chef.

On the other hand, the Great British Baking Show showcases competitors from all different age groups, ethnicities, professional fields and social classes  that come together to showcase their love for baking. Bakers have backstories of being retirees who love baking for their grandkids or students who bake to de-stress from school. Bakers on the show are focused on improving themselves and their strategies to win, and have no problem fraternizing  with other competitors, whereas competitors on American cooking shows aren’t there to make friends – they’re there to win. They constantly undermine and shout obscenities at each other and in the show Chopped, chefs are encouraged to sabotage others and can even pay some of their prize money to force another chef to cook under additional obstacles like only cooking on a hot dog warmer.

Competitors on American cooking shows are usually motivated by cash and glory, and there’s no mercy for losers. On each episode of The Great British Baking Show, the competitor who performed the weakest is sent home. The losing baker is given a warm farewell by the judges, hosts, and fellow bakers, and are encouraged to keep up their love for baking. In the season finale, the winner is presented with an engraved cake-stand and a bouquet of flowers at a massive picnic with all the competitors and their loved ones. The sweet, gentle dynamic of the Great British Baking Show is not tainted with a cash incentive.

The difference in these character backstories lies in different cultural attitudes. In American culture, independence is intensely heralded. When it comes to life and competition, you’re born alone and you die alone, so there’s no point being nice to the people you’re playing against. We want to see people triumph over all obstacles, even if it’s at the expense of others. The Great British Baking Show is a huge contrast to American cooking shows, and it’s hard to say if it’s entirely reflective of British culture, but the juxtaposition between the Great British Baking Show and American cooking shows is striking. To a consumer of American media, it’s shocking to see a cooking competition that’s almost entirely focused on technique. While each episode The Great British Baking show feels like a relaxing Sunday afternoon with friends, shows like Iron Chef, Master Chef or Chopped are very much reality TV shows. They are twenty percent about cooking and eighty percent about competition, which perpetuates the pervasiveness of ego, drama, and competitiveness of American media.