EyeCandy Film Journal All about that aesthetic
Home Television The Man in the High Castle: A Dystopian Alternative History Turned Reality 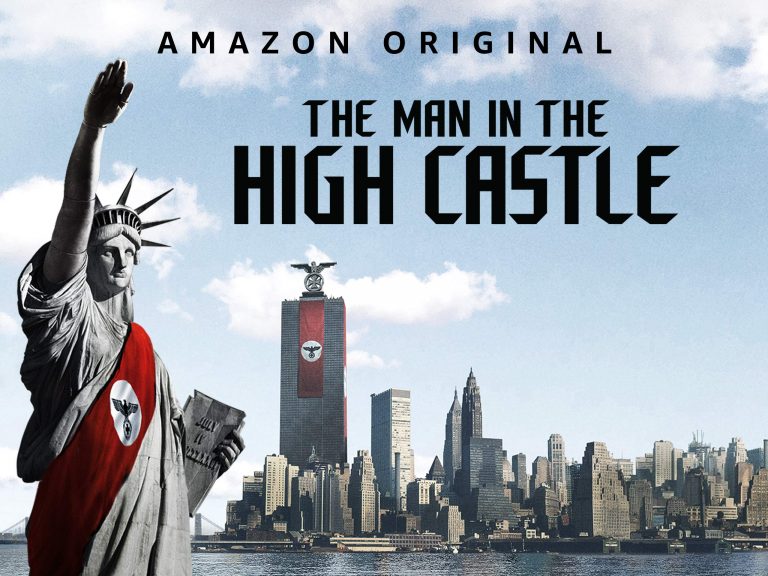 When Amazon’s The Man in the High Castle first premiered in early 2015, the dystopian world the series depicted seemed unimaginable.  While I’ve always loved alternative historical media on WWII—particularly when the Allied Forces enact brutal revenge on Nazis —The Man in the High Castle offered a different type of alternative I hadn’t before seen: one where the Axis power won. Watching the first season when it initially premiered was a far different experience than watching the second and most recent season that premiered in December of 2016, as it had seemed fantastical that America could adopt any political system remotely similar to that within the series. Although the series depicts a dystopian society rooted in the prominence of evil, the xenophobia already heavily exhibited in Trump’s presidency gives The Man in the High Castle a different context from a fictional fascist alternate reality to a glimpse of what is potentially to come in the next four years in America.

My understanding is that anyone’s first reaction to the purely evil alternative reality shown on The Man in the High Castle would be to sigh in relief that we do not live in that “alternate reality” under an oppressive and malevolent Axis control. However, with America having willfully allowed a man touting a blatantly racist and sexist political agenda to become the most powerful man in the country, The Man in the High Castle no longer feels like  fantastical historical fiction. No longer being able to find solace in the fact that a television show depicting an outlandish fascist dystopia is purely fictitious is absolutely terrifying. This caused me to question whether all audiences with disagreeing political views– particularly those who sympathize with Trump– would also find the content of the show so vile. Is there any way that conservative audiences can justify the way present-day America looks under Nazi and Japanese control in the series, or are they so steeped in their own version of xenophobia they they can’t recognize the horrifying similarities?

The parallels between The Man in the High Castle and Trump’s presidency are frightening. Where in the series Hitler becomes infuriated by videotapes depicting a world without Nazi control, Trump is enraged by the fact that Americans can laugh along to Alec Baldwin’s accurate portrayal of him on SNL as a pathetic leader. Trump, similar to Hitler in the series, wants to censor the media so Americans are unaware of the reality of how spineless and weak he is.  American citizens living under the Nazi and Japanese regimes in the show are widely viewed as second class citizens, similar to how minorities are viewed by the Trump administration and voters. The Man in the High Castle also depicts a physically divided America, with three distinct sections: The Nazi Reich, the Japanese Pacific States, and the Neutral Zone. The election of Trump resulted in an extremely divided nation, with people who live in the “liberal bubble” Trump supporters often reference in regards to predominately Democratic states feeling completely opposed to all that Trump supporting Republicans stand for, and vice versa.

Especially in the Trump era, media has the responsibility to entertain, educate, and motivate change. The similarities between the storylines of The Man in the High Castle and what is currently happening under Trump’s presidency prove that although America has previously successfully defeat evil, we still have an extremely long way to go to overcome the racist, sexist, and xenophobic attitudes held by so many Americans today. Hopefully, with shows like The Man in the High Castle that portray a dystopia no longer rooted in fiction, audiences will be motivated to do all they can to prevent such evil from fully taking over our world right now by fighting back against oppression.

If you have the resources, please consider donating to the ACLU, which helps defend the liberties and rights of American citizens.  Read more about it and donate here: https://action.aclu.org/secure/donate-to-aclu