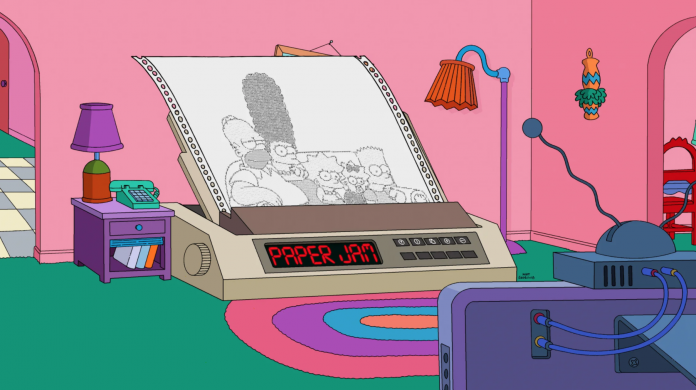 I got the opportunity to interview Emma Czerwinski, Editor-in-Chief of The Messy Heads. It’s a magazine and blog that’s comprised of dreamy writing, photography, and video content. I’ve been religiously absorbing everything Messy for the past few years, and as an editor for EyeCandy I thought I would reach out to her to talk. We discussed the importance of print media, unpacked Grease, and passionately rambled on about magazines. You can read it all below.

Audrey: Can you tell me a little bit about Messy and how it came to be?

Emma: Okay, so, right out of high school I started working for Vans and I was shooting their street style… like shooting at festivals… so I would basically just take a bunch of photos and lots of them would get rejected so then I would post them on my own platform. After my summer was over I wanted to continue it and keep posting stuff ‘cause Vans would tag me in photos so I had 8 thousand followers so I was like I dunno I guess I’ll just keep posting stuff! Then I changed the name to The Messy Heads and just started blogging random stuff. Cybelle called me- we were penpals- and she said I should turn Messy into a magazine and I’d love to help you do it. Then I would just start taking the train down to Portland to hang out with her and make layouts… and that’s how it got started.

Even though I’ve read a lot of the old archived blogs and posts, I didn’t know exactly what led up to the start of the magazine.

So… I read your online blog all the time, it includes submissions as well as personal content. Why do you think it’s important to make a physical publication, like Eternal Sleepover?

It’s just a completely different experience. I think with online stuff there’s stuff that’s way better to communicate via an online medium. Stuff that we need to talk about immediately, like current events which need to have a discourse. That’s the great thing about social media and other online platforms- someone posts their own opinion but then we’re able to have lots of different perspectives and kind of overturn the major narrative that’s happening if we want to or need to. But I think with print, I see it as a great avenue for a full feeling and more of a timeless approach. You can’t really print news anymore because it’s so irrelevant- that’s just wasting trees and paper. I feel like things that have a longer shelf life belong in print- things we want to reflect over. Also, print has that whole aspect of layout when you flip a page. I’ll be thinking about how I want this photo to transition into the next photo.. I’m thinking of what you’re gonna see immediately when you turn the page and how those images relate, because it’s a three dimensional object. There’s a presence to it.

I often think about why we at EyeCandy choose to print a magazine when it’s not the most sustainable option and people could theoretically read it online. It’s just a different feeling to hold something physical…

..totally! I keep letters, I keep really small zines I’ve picked up, I keep newspapers and that’s my archive. It’s really easy for internet things to get buried and forget what was important to us during the past because you don’t have that physical reminder.

I’ve been thinking about the role that magazines have played in the past. In the 50s and 60s, they were used by housewives as a way to escape the confines of their home and routine in order to learn about the outside world. With Messy, it seems like your audience is young adults and teens who’re trapped- whether in their own head or in physical suburbia- who are anxiously trying to peek at the outside world. Do you feel like that’s your approach and target audience?

That’s an interesting reflection I hadn’t really thought about that gives me insight into why I feel pretty disconnected from the platform that I’ve created… I don’t really know why to do with it next… but maybe that’s because I’m not really cooped up and I’m not trying to escape anything anymore.

I’ve never thought too much about who my audience is ‘cause that would just start to trip me up. I don’t actually know them so I can’t actually assume anything about them, and everyone is going to have a wide variety of opinions. I find that when I’m creating things I really can’t concern myself with what people will think about it.. I kind of just have to make content.

But that’s a good comment and that’s probably why it’s found the audience that it has, because that’s the place I was coming from.

You’ve said you feel distanced from The Messy Heads, but how, if at all, do you see it progressing in the future?

Right now, to be completely honest, I’ve just been letting it sit. Right now I’m in LA assisting other people and seeing how they run their businesses. I’m getting into a few other tangible things and I’m in more of a learning mode than a creative mode.

As a last question, what’s a movie you’ve thought about recently and what images or thoughts come to mind when you think about it?

I just saw Parasite but I definitely can’t talk about it yet and need some processing time with that one.

You know, a movie I’ve been revisiting a lot is Grease, because I’m really interested in the formation of visuals and how it’s sort of like a musical translated into a big budget production. Oh! I also learned recently that the Grease script is originally written about race relations, because it’s like Italian kids versus more.. Anglo-Saxon kids which is something we don’t pick up at all. Because we’re just like: they’re all white.

Wow. I wonder if anyone received it that way.

Definitely not our generation, at least. Race throughout history is very defined upon culture at the time. You know, Hispanic people used to be considered white and now they’re not. And the same thing, Jewish people are considered white but at one time they weren’t. It’s all about perspective — so yeah I’ve been watching Grease and I love the character design and watching fashion history videos about it which talk about how accurate it was. It’s meant to take place in the 50s but it’s also a caricature of the 50s from a 70s perspective.

Movies like that which are seen as solely entertainment are usually written off by more critical approaches and in academia. In film school at least, we never talked about Grease or any similar movies…

… as if there’s no depth to them. But there’s honestly depth to anything… there’s cultural significance to everything made.

Especially if a ton of people are watching it and it becomes a cultural phenomenon.

Even moreso! Because it enters into our group consciousness.

Oh and another thing! I’ve been thinking about tabloids a lot recently.

Expand on that for me.

Well this is related to print media and mass media… I’ve been interviewing a bunch of people today about tabloids just because I’ve been really curious. My grandma and I were talking on the phone and she was like… in the 50s everyone was really uptight and you kept everything secret and felt the need to project this image of togetherness… and tabloids were these things that you would buy with your groceries and then you would go home and you would read about scandal, pregnancy, and cheating and all this stuff that was going on with celebrities. These things might’ve been happening in your own life but you couldn’t admit them. So it opened up the door for housewives to gossip about these issues and discuss their actual feelings on the topic. Let’s say you got pregnant out of wedlock and had to have an abortion but you’re not gonna tell someone that, you’re gonna use this other person as a vehicle to say that you think it’s okay.

Yeah, my initial reaction when seeing tabloids is that they’re ridiculous and cheesy. But you have to think about who’s buying them and why they’re still in business- there’s more to unpack there.

Even if you’re not buying them, you still see the covers of them and that’s enough to send a message.

Grandmas always have something interesting to say! If these sorts of issues weren’t vocalized, and no one talked about them, and no one published anything about them… then there would be no solution offered. Ever.

It allows for there to be conversations about gender dynamics, race dynamics, and class dynamics that we wouldn’t otherwise have.

Special Thanks to Emma for chatting with me. You can find The Messy Heads online content here: https://bymessy.com/