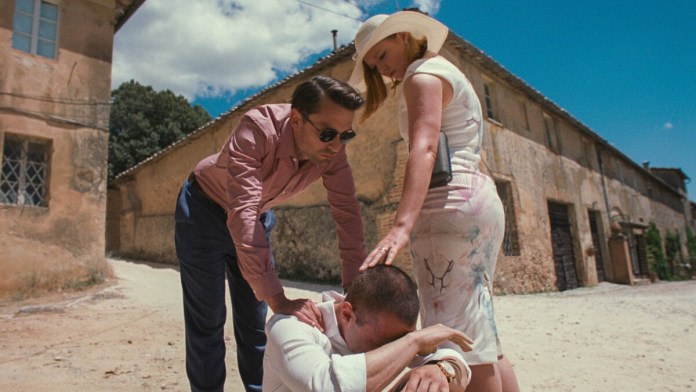 In the age of streaming, modern television has fallen victim to the over-saturation of reboots, reality shows and reactionary news. One series as of late has set itself apart by adopting a cinematic approach far different from the overbearing pandering of contemporary content.

HBO’s Succession is a biting portrayal of the opulent one-percent and the systemic corruption that allows them to flourish. The show follows the uber-wealthy lives of the fictional Roy family, owners of the fifth-largest media conglomerate in the world, and its four adult children (i.e. heirs) as they vie to succeed their ailing father for the position of CEO. Succession is unabashedly crude and obnoxiously white, but all for good reason: to depict who actually controls most of the social, political and economic systems in America as accurately as possible. The show’s genuine humor does not lie within its convoluted one-liners or bleak illustrations of working-class oppression at the hands of the wealthy elite, but rather within the wealthy elite’s sheer apathy for enabling such oppression. Instead of showing remorse for their heinous actions, their only concern is themselves.

It is important to note that the Roys are not oblivious to their blatant disregard for others. They simply employ their cruelty as a weapon for getting what they want. Furthermore, almost every character in Succession is as fully aware of the “politically correct” stance on most issues as they are fully aware of the immense privilege afforded to them by their race, gender and tax bracket. Perhaps what’s most intriguing is their brazen willingness to manipulate the liberal agenda and wear it as a costume in furthering their own interests. Eldest son Connor eagerly adopts a socialist identity when he realizes it can strengthen his inane campaign for presidency. Only-daughter Siobhan has no qualms about using her status as a “feminist girlboss” to silence an abuse victim who threatened the credibility of her family’s company (not to mention her swift abandonment of her liberal political consultant job once she realized CEO was well within her grasp). And who could forget Kendall adopting the ultimate woke-God brand solely to enhance his own public standing for the entirety of season three, despite showing no concern whatsoever for the proletariat throughout the first two seasons?

As laughable as these feigned efforts of relatability are, they all work to reinforce one dejected notion: everybody- even the one percent- is constantly trying to game our capitalist society in hopes of moving upwards. The only thing differentiating everyday individuals from billionaires are the means used to play those games. As Succession reminds us, as long as the not-so-guilty rich have the most means, they will ultimately always win the game, employing working-class individuals as pawns on their way to success.