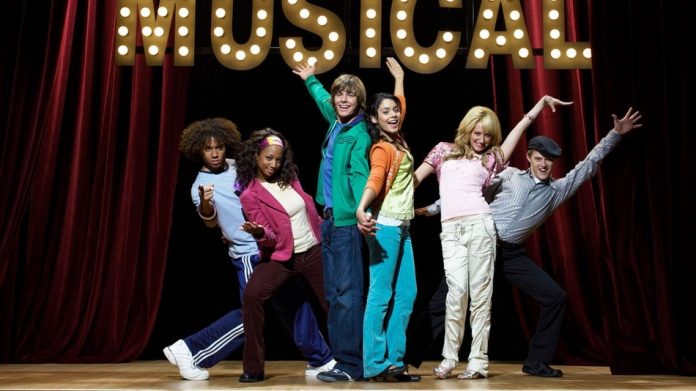 The announcement of  the production of the fourth installment in the High School Musical series prompted me to go back to the original trilogy and take a look at how good it was. I’ve seen a couple websites rank the songs from all three movies (Buzzfeed, for example), but I frankly, do not agree with those rankings at all. So I thought I would set the record straight and share my opinion for the best songs in the movies.

No other song can get me pumped up like this one. Also, the bridge of this song, in which the song slows down and Troy acknowledges that his head may be in the game, but his heart is in the song, is the closest Disney has ever gotten to representing an internal existential crisis. Not to mention, this is all happening during basketball practice in a high school gymnasium, which is probably not the best place to sing your feelings.

It is hard to talk about my favorite High School Musical songs without talking about this one.  This song is the famous scene in which Troy Bolton sings a very angsty song whilst dancing around a golf course in all black, of which contains a terribly cheesy bridge where Troy serenades his CGI reflection in a golf course lake. Although the visuals that go along with this song are supposed to amplify his angst, they mostly come across as badly outlandish. But this angsty solo song by Zac Efron makes it the perfect song to jam out to at the end of a long or stressful day. Trust me on this one.

This song is the “Bet On It” equivalent for the third HSM movie. Another angsty Troy Bolton solo about being confused and not knowing what to do next in life, which makes this song not only a great one, but also surprisingly relatable (his whole struggle in this movie is being worried and confused about his future, and I think it is safe to say, we have all been there). High School me has definitely wished that I could break into school at night and have my own music video moment when things get tough, just like Troy.

Everything about this song makes my heart smile. From their white outfits to the tacky wind machine, this performance is so memorable. This is one of the last song performances in the second movie and it ends the movie so well. This song resolves the plot of this movie, but also leaves us wanting more Troy and Gabriella moments. This song is the reason I kept watching the series.

Throughout the series, it has always been hard to see the character Sharpay in a positive light. But this jam by the queen herself is simply a reminder to me that Sharpay is a powerful person who is not afraid to ask for what she wants. Fabulous is a song in the second movie where she tells everyone that she tries hard to get what she wants because she has high expectations. While she sings the song, she is ruling the country club as queen bee and looking great while doing it too. We should all strive to be more like Sharpay.

This song is where it all began. The first song of the first movie. This song not only kicked off an entire series, but it began the relationship between Troy and Gabriella the best way possible. Singing karaoke together at a ski lodge on New Year’s Eve.

4. I Just Wanna Be With You ( High School Musical 3: Senior Year)

I know a lot of people haven’t seen the third installment of this series, but this song from it makes me very happy, so it has to go on this list. Although there are two versions of this song, rehearsal and final performance, I prefer the rehearsal since it feels more raw (when Gabriella and Troy sing it here, it feels so real, and less theatrical like the final performance). And not to mention, the song makes my heart all warm and fuzzy.

Of all the songs Gabriella sings in order to convey that she is angry with Troy and is therefore going to momentarily leave him due to the predicament they are currently in, this is the best. I’m not going to lie, I get a little misty every time it plays. The best part of this song is the call and response bridge between Gabriella and Troy. Although it can be cheesy, it perfectly conveys Gabriella’s mixed emotions, in which she loves Troy but wants to love herself too, through this obviously dramatic exit in which she escapes via her mom’s mini van.

2. You Are The Music In Me (High School Musical 2)

This song is one of the sweetest songs in the whole series. If anything, this song encapsulates the relationship between Troy and Gabriella so beautifully. Although this song seems to be thrown into the movie plot, since Kelsey (the music writer of the series) writes it for them to sing in a music competition at the country club they work at, it is so fun. The song illustrates the clique but utterly romantic love between Troy and Gabriella, and this type of true love can only be seen in Disney movies.

This is the best song from the High School Musical series. This song is not only the pivotal performance in the first film, but it is also the last performance. It is the song Troy and Gabriella sing for their call back against Sharpay and Ryan for the lead in the next musical. Although this song is just a call back after auditioning (side note: what is the musical they are planning to be in? They never talk about the musical although it is the center of the story?),  it is still incredibly uplifting and the performance was worthy of a standing ovation. And maybe this is my nostalgia speaking, but this iconic song really has a special hold on my heart.

Conclusion: This trilogy has been great to me and although these movies will continually get made fun of, they were campy in all the right ways. So it makes so much sense why after all these years they decided to make another one, because high school musical was too good of a series to get left behind. But I think the main problem with the next installment finally being made is that, in some ways, it has been too long. For one, it means saying goodbye to the original cast, which is something that I don’t want to let go of. Troy and Gabriella were the heart and soul behind the movies, after all. So, in many ways, I’m glad they want to continue the camp and fun that encapsulated the first three High School Musicals, but in other ways, saying hello to the new installment may be saying goodbye to the old ones, which is something i’m not sure if i’m ready to do.