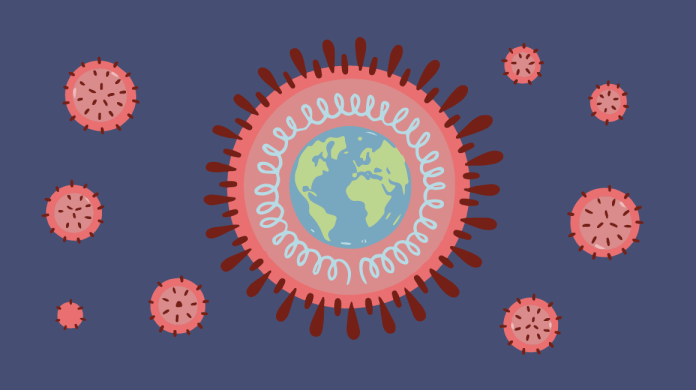 As I have been sitting in my home doing absolutely nothing in order to stop the spread of the Coronavirus, one of the only escape routes I have from our grim reality lies within my Television. It’s great to watch new movies and shows with all this time we have indoors. As much as I love TV and movies, I get a bit bummed after my 6ths straight episode of whatever HBO show I’m currently watching. It’s not fun being cooped up inside for an indefinite period of time, even for indoorsy people like myself. What is even worse than that, is being reminded about it during TV time. I have recently come across the new TV shows and movies being released based around the pandemic. I took a hard look at them and firmly decided never to watch them.

I have no desire to see something that pulls me back into the reality of the state of the world. It’s essentially closing the back door of escapism that we’ve all been searching for during this time. Don’t get me wrong, I am not saying these shows and movies are automatically bad,  but they have already lost me by telling me it’s about the pandemic. 80% of conversations I’ve had in the last 10 months have had COVID in them at one point or another. So why would I want more perspectives on life during this time. With how much I have talked about it, it seems any attempt for the writer to be relatable will be very predictable. They will ease the tension with jokes about technical difficulties on Zoom, some references to mask wearing and social distancing. All things that a COVID driven movie or show will have to reference at some point that will fall flat. I make at least one reference to each of these subjects daily, just because it is part of most people’s discourse nowadays.

In fact, COVID discourse is so relatable to a point that making entertainment based around it, is not only beating a dead horse, but it’s digging up that horse’s grave just so you can beat it some more. I acknowledge how enticing it must be for someone to want to create a show or movie about this. It’s probably one of the most relatable topics the world has seen in a long time, very few issues affect absolutely everyone on the planet. So, you have a lot of potential viewership since the conflict knows no boundaries. However, it is probably the worst widespread conflict to talk about. It’s all fun and games joking about the struggles of zoom and mask wearing, but you’re attempting to ease the tension on an issue that has prematurely killed many people close to us. Which is where every discussion about this topic is going to land. Every conversation I have had about COVID has ended by someone saying “Alright, let’s talk about something less depressing.” Which is already a big hit for any show or movie. My favorite part of watching a good piece of entertainment, is to discuss it with my friends and family afterwards. Any conversation I have about a pandemic show will end sooner than later because the topic is too depressing.

I think viral entertainment could work, if it is produced at the right time. For example, when this whole thing started a crazy amount of people watched the movie Contagion. It came years before this crisis and was seen as extra scary since the plot was beginning to become our reality. Nobody is happy with the current state of the pandemic, and it continues to frustrate us daily.  It would be best to wait until the death tolls are at 0, it’s tough to laugh about zoom jokes when we’re still grieving. Not only is the wound still fresh, but we’re still bleeding and waiting to be saved, so let us wait until the topic isn’t so sore. I am now realizing that I have done the same thing by producing a piece of relatable media around the pandemic, my apologies for selling out.