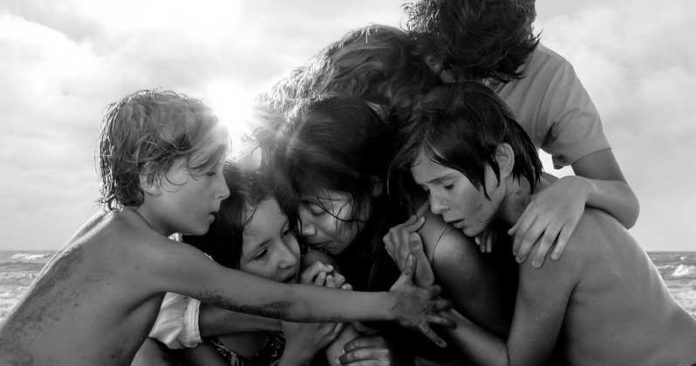 For the past 90 years the Oscars have been a litmus test for the state of film during any given era. While not every best picture winner has been the definitive “best picture” each film has been a reflection of the state of mind of the voters. But that is probably the biggest issue with the Academy and how the title of Best Picture is given out. There is no clear winner. No one crosses a finish line to win Best Picture the winner is decided by a group of 8,000 or so people in the film industry voting on a handful of movies. So whatever wins Best Picture is going to reflect the tastes and interests of whoever is in the Academy. But routinely voters may not always have an objective mind when picking their winners. They may vote for their friends or films that benefit a company they work for so films don’t always, if rarely, win based of their merits alone. A recent Best Picture nominee, Roma, is currently launching a major Oscars campaign to ensure this won’t happen to them. Roma is one of the current favorites to bring home the hardware but people are concerned that voters may not give it the credit it deserves because they don’t want to award its distributor and producer, Netflix, a win for the most important award of the biggest award show of the year. Because, in their minds, if they do give Netflix the win that means Netflix, and streaming in general, may just become too powerful to overcome.

Roma is one of the best films of the year if not this decade. It is a master class of filmmaking and cinema in its finest form. The fact that this black and white foreign film has gotten so much attention says more about the film than any headline could. Being this movie is a near perfect work of art and directed by previous Oscar winner, Alfonso Cuaron, it should be a lock  a win in the Best Picture category. Although nothing is that simple. Roma was produced and distributed by Netflix the online streaming power house. Now keep in mind that the Oscars are a glorified poll and that people don’t always vote with clear minds. Also note that many members of the Academy are people who work for studios and production companies whose business model are in danger because of streamers like Netflix. All this in mind it would make sense why voters would be wary to hand Roma an Oscar because of what it would imply and Netflix itself knows this.

For Netflix, if they win Best Picture it means they are now a reputable movie studio. For a long time they have been seen as an alternate TV platform making TV movies but since Mudbound and now Roma they are building their name as serious movie makers. Even bigger than gaining respect within the filmic world they can cement their place as a creative Mecca. They have already signed both Shonda Rhimes and Ryan Murphy to blockbuster deals and poached some executives from Viacom but they don’t want to stop their. Netflix is on a warpath to prove that they are the standard for creative content in the modern media landscape. You can see how important this win is to Netflix, outside of just having the hardware, by how aggressively Netflix is campaigning Roma, where it is estimated that the company has spent upwards to 20 million dollars sending voters gifts, setting up screenings with A-list hosts, paying for billboards, and even running a “For Your Consideration” ad on CBS.

From the producers perspective if Netflix wins the biggest award of the season then that just shows that the Netflix model can work. That artists don’t need to go to the big studios to win or to be played in the theater, essentially they can have their cake and eat it too. The cake being a big budget and eating it is getting the awards and exposure. To producers this means a flock of new and old creators will rush towards netflix because they have the audience, the salary, and the reputation in order to produce their work.

Though Roma is an early favorite it is still a wide open race for who will bring home the best picture Oscar. It’s not as if every other movie put out this year was bad. A Star is Born, Green Book, BlacKKKlansman, and a handful more have serious pull in this category as well. But this shouldn’t distract people from the fact that Roma’s chances of winning are being put at risk because voters don’t want to give Netflix the chance to over take the studio system.