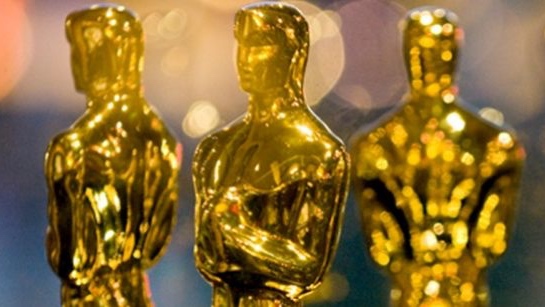 Every year, the Academy holds an awards show called the Oscars to celebrate some of the most talented filmmakers in the world and every year millions of degenerates bet on those filmmakers. This year, I was one of those degenerates. I bet an amount of money I was not proud of and lost an amount I’m even less proud of. While trying to choose my losing bets, I did a lot of background research, but none of it revolved around the movies themselves. All the movies nominated across every category were good in their own right, except maybe Bohemian Rhapsody (2018), but what makes them winners or losers is how they appeal to voters. See, picking an Oscar winner is like a parent picking their favorite kid. Sure, you may like all the kids and they all deserve to be your favorite in their own way, but at the end of the day, there is always going to be a number one. So, to try and make some quick cash, I learned the ins and outs of Oscars season.

First, let’s go into my reasoning behind wanting to gamble. I’m poor and need money. Second, let me go over how gambling works for people who are financially responsible. I looked at American odds which are shown in + and -. So, for example, I bet on Avengers: Infinity War (2018) to win best visual effects (I lost and threw a fit. It was embarrassing.) which were at +230 odds meaning I had to bet $100 to win $230 in pure profits with a net gross of $330 because I get my $100 back as well. I also bet on Roma (2018) because they were -200 on the site I was using meaning two things. One, they were a favorite to win, and two, that I had to bet $200 to win $100. A gambling site isn’t going to give positive odds to a favorite because that means it’s going to cost them money when everyone bets a sure thing and they win. Of course, I played it safe and bet a healthy amount on Roma and the voters decided they didn’t care about controversy and gave the award to Green Book (2018).

Now we have to look at what the Academy of Motion Picture Arts and Sciences even is. In their words, the Academy is “a professional honorary organization with the stated goal of advancing the arts and sciences of motion pictures.” So, they archive movies, give awards, and handout scholarships and grants. The Academy itself is made up of 17 branches (including actors, writers, editors, etc.) of 6,000 plus members, and to get in, you need to be sponsored by two pre-existing members and then be approved the Academy’s board during the upcoming cycle. Even though new members are inducted every year, much of the Academy is still old white men because they won’t die and keep sponsoring their friends. But what is important is how the Academy votes on awards because when it comes to picking your Oscars winners, the quality of each film doesn’t matter, but the narrative does. This is interesting because the Academy is mostly made up of actors, so when it comes to technical awards like sound mixing, I don’t think someone like Chris Pratt is going to be an expert in the subject. So, for example, a movie that did really well this past Oscars was Bohemian Rhapsody. See the movie was plagued with production issues and controversy so much so that the director was fired with two weeks left in principle photography. When it was all said and done, and the movie was released, it wasn’t a complete disaster. So, the studio used this to its advantage during its Oscar campaign for Rami Malek. This narrative of prevailing against all odds and the fact that they never let Rami leave the mind of voters helped guarantee him a win. It got the point where an anonymous director speaking to the Hollywood Reporter said, “Rami Malek is going to win — everywhere I’ve gone, Rami Malek was there; he’s a very charming fellow. I’ve now spent more time with him than I have with my dog.” It isn’t that Rami gave the best performance, its that he did the groundwork for the award. Rami went out and charmed people into liking him; so much that it influenced their judgment and they voted for him. But, not only do you have to appeal to the voters, you have to make sure the voters see your movie. That’s where screeners come in. Studios make a lot of money off of the Oscars. It’s free marketing. So, studios spend $5-20 million campaigning to get the “free” marketing from the Oscars ceremony. That and people like watching winners. The title of Best Picture carries weight with audiences. Everybody likes a winner. So when you’re looking to pick your bet, you’re looking at who has campaigned the most, who appeals to the demographic of the Academy, and what film has the best odds. Which film is the best honestly doesn’t matter.

So, with all this knowledge of the Oscars and what goes on behind the scenes when it comes to voters, how did I make the wrong bets? Well, I bet with my heart. I put money on what I wanted to see win, not what I knew was going to win. I saw almost all the movies nominated and I let my opinions of them cloud my judgment. When it comes to betting on the Oscars, don’t let the movies distract you. They do not matter. What really matters is who is campaigning, who are the voters, and what are the odds that are going to make you the most money.